Re-Writing History in the Time of Late Capitalism : Uses and Abuses of Built Heritage

Thèmes:
Heritage Changes the Living EnvironmentUrban HeritageTourismActivists and ExpertsArchitecture and Urbanism
Quoi:
Regular session
Quand:
9:00, dimanche 5 juin 2016 (3 heures 30 minutes)
Où:
UQAM, pavillon J.-A. De Sève (DS) - DS-R525
Comment:
With his expression "ceci tuera cela," Hugo established almost two centuries ago a strong link between words and stones as transmission vehicles of human memory. We heritage experts would be inclined to consider stones as more reliable than words, what semiology seems to confirm: stones are clues, and clues are, according to Roland Barthes, tangible proofs of “what has been.” But the inspector Columbo has often shown how we can play with these clues, and Umberto Eco would easily forgive us this incursion into mass culture to agree on the idea that we can rewrite history using false justified clues, that is also, tangible heritage.
Since the emergence of the restoration discipline, experts have been aware of the danger of falsification: Ruskin’s texts, Boito’s philological restoration, Brandi’s historical instance or the Venice Charter are so many illustrations of this concern. But since the 1990’s in Europe, a growing number of restoration and reconstruction projects very clearly depart from this fundamental idea. Of course, the collapse of the Soviet bloc has created a particular political context in which (re-)emerging nations attempted to (re-)build their identity through architectural symbols (leading to the writing of the Riga Charter). But more generally, this phenomenon is closely linked to the cultural context: on the one hand, the postmodern movement has deeply questioned the idea of “sincerity,” with a tendency to blur the limits between true and false and, as a consequence, between original and copy. And on the other hand, in the heritage sphere, the globalization of the debate progressively rattled European certitudes about concepts as essential as authenticity, leading to the replacement of the self-confidence expressed by the Venice Charter by a careful relativism, illustrated by the Nara document thirty years later.
These contemporary phenomena have important side effects. In the context of late capitalism, heritage has become a major economic issue, especially as many cities have well understood its potentialities in terms of city branding. This could of course be seen as a positive opportunity for heritage conservation; nevertheless, a rich scientific literature has shown that tourism can deeply transform our representation of the past. The tourist is a client rather than an amateur, and his quest of authenticity is often satisfied by what the French philosopher Yves Michaud has called “adulterated authenticity,” the one from over-restored monuments, reconstructed city centres, eco-museums, and, why not, theme parks. More than authentic built remains, the “tourist gaze” shapes more and more our representation of “what has been,” and the arguments developed by heritage experts in response to globalization and identity issues are seized upon by city marketing specialists willing to meet a mostly commercial demand, sometimes tinged with dubious political motivations.
What we intend to question in this session is the limit between uses and abuses of heritage and heritage discourse and more particularly whether, as suggested by Theodore Scaltsas’s inspiring paper “Identity, origin and spatiotemporal continuity” (1981), the intentions underpinning restoration and reconstruction projects affect the very essence of restored or reconstructed objects. Besides architectural history and conservation theory, we welcome contributions in the fields of sociology, anthropology, philosophy, history, political sciences, geography, tourism economy and even psychology. 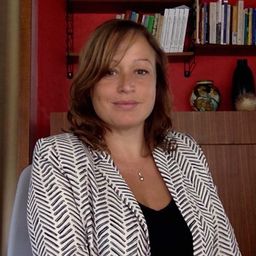 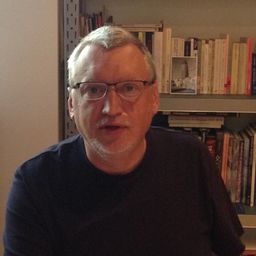