14.45  Whose History? Why Archaeology Matters

I intend to present and discuss the project “Whose History?” and the Heritage Academy at the University of Gothenburg. The project “Whose History” was conducted during 2013 in a small rural municipality on the west coast of Sweden. Its aim was to introduce migrant youths to a local cultural heritage. Immigrants in general, particularly migrant youths, are underrepresented among participants of local heritage practices. The underlying reason for this lack of representation is probably an implicit belief that heritage represented by prehistoric and historic monuments, places, and stories are the heritage of the natives or in this case the “Swedes.” A large group of migrants are thereby excluded from taking part in local cultural heritage practices. Questions raised by the project were: “Who has the right to participate?” and “Who has the right to claim local history as their own?” By letting a group of migrant youths carry out an archaeological survey of a local historical location and subsequently presenting their results in a public exhibition showing new knowledge about the history of the location, these questions could be discussed.

In a time when heritage is used as a political and social tool to exclude different groups in society, it is crucial that means are taken to defend the democratic right of all groups to the common heritage. By excluding an expanding group of migrants in our society from our national and local heritage, we create yet another societal exclusion for this group. Migrants who are not familiar with our culture are excluded from many parts of society and certainly do not need to be left out from yet another part. Archaeological practice can be used to create both an interest in the local cultural heritage and a tool to form a bond between the practitioner and the place being excavated. The project showed that it is possible to achieve positive results by including a new group in the local cultural heritage practice while at the same time contributing to the production of new knowledge.

The project led to a collaboration with the Heritage Academy at the University of Gothenburg, which resulted in the article “Whose History? Why Archaeology Matters” (Antelid, A. & A. Synnestvedt, in Heritage, Democracy and the Public. Nordic Approaches to Managing Heritage in the Service of Society, Torgrim Guttormsen & Grete Swensen eds., Ashgate Publications, in press, 2015), in which we discuss the results in relation to various theories about identity and place, as well as the democratic dimension of including many different groups of society in cultural heritage practices.

As a representative of the Heritage Academy, which is part of Critical Heritage Studies at the University of Gothenburg, in addition to the above project, I will also present the Academy’s intentions to act as a bridge between the university and the surrounding society (with museums and municipalities in West Sweden as the target groups), as well as its overall aims to discuss heritage, heritage research, and to develop heritage projects, such as the article, “Whose History? Why Archaeology Matters.” 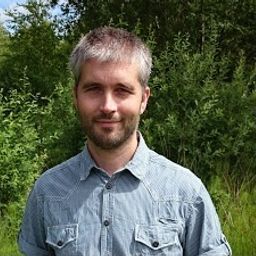