12.00  A Heritage Let Live by Not Letting Die: Unwritten Policies in a Chinese Folk Art Fair

Cultural heritage or heritage preservation in China has been a political tool for the authorities to reason the past and to glorify the present. The inter-influence of policies and cultural heritage with regard to cultural heritage tourism and preservation has been intensively and extensively discussed. However, the politics of preserving Chinese folk art as a form of intangible cultural heritage has been neglected in the English literature. Its differentiation from imperial/elite art in ancient China and the characteristics of orality deserve attention because Chinese folk art preservation is not based on the preservation of a heritage site, but rather, it focuses on the practitioners. Therefore, the Majie Folk Art Fair (or Majie folk artists gathering from across China) has been chosen as the case study for this paper. Nominated as China’s national intangible cultural heritage in 2006, the 800-year-old Fair is the biggest Folk Art Fair in China, organized on the thirteenth day of the first lunar month every year in Majie county (Henan province). The fair was designated “the largest Chinese folk art conference in the world” by the World Record Association in 2013, and includes various folk art performances such as ballad singing, storytelling, and comic dialogues.

This paper attempts to analyze the politics of preserving and sustaining Majie Folk Art Fair. I argue that, upon nomination, the local government played a hegemonic and decisive role in preserving and organizing the Fair, re-shaping it according to political and economic interests. The Fair is kept in existence on the grounds that it has to exist for its own sake, if anything, merely to open up pockets of opportunities for the officials to tap into certain resources. Economic development becomes the justification for heritage preservation. Local policies related to conserving the Fair are “unwritten,” which means, firstly, that the policies are not written documents, but are temporary and mostly conveyed during the meeting of the Communist Party Committee; secondly, the implementation of those policies is predominantly dependent on their interpretation by officials. Local residents’ resistance to the land acquisition to which the organization of the Fair gives rise is dissolved by mediators working in the county Communist Party Committee. Due to the “unwritten” local policies, the Fair is not only a platform for folk artists to perform together and to exchange their skills, but is also transformed into a space for enterprise promotion. Moreover, the contents of the performances have undergone dramatic changes, from ancient legends, hero-worship, celebrations of weddings and births, and condolence of people’s loss to extolling new countryside development and the construction of an incorrupt government. Additionally, the renowned hospitality of free accommodation and food provided by local artists and residents for incoming artists has been replaced by profit-making hotels. Such changes discourage ordinary folk artists from other provinces to travel to the Fair. Eventually, the gathering turned into an invitation tournament of folk art performances organized by the local government to keep the Fair alive. Hence, even though the documentation of the Fair and preservation policies revived the Fair, the policies are aggressive in a way that Majie Folk Art Fair becomes a spectacle for the sake of preservation. The pseudo-prosperity of the Fair is, in essence, a manifestation of cultural disappearance. It implies that authenticity is no longer a primary consideration of cultural heritage preservation, but that the mentality of the stakeholders is. 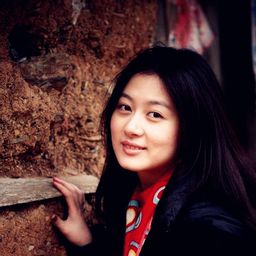