09.30  Trans: A New Encompassing Definition of Heritage (Transsources with Parasources/Resources) and Related Perspectives on Heritage Work and Policy in the 21st Century

In this paper, a new, encompassing definition of heritage is proposed. Firstly the building blocks for the new, overarching definition of heritage are introduced. Considering the limitations of the notion of (reliable) “sources” cherished by historians, the concept of transsources is proposed as a new core concept. It is closely linked to the notion of parasources, up to now described as metadata, but that concept should be expanded. The expansion is inspired by a repertoire of concepts like paratexts and paratextual effects developed by Gérard Genette, in the study of books and literary texts, in particular in his study Seuils/Thresholds (with all the liminal potential in that notion). From another perspective, the (groups of) items that are transsources can be considered and used as resources. These notions are used to build a definition that can be applied to immovable, movable, intangible, and digital heritage. Connected to this, there are a number of processes, called heritage work or policy, involving heritage actors (ranging from individuals, communities, groups, institutions like museums, archives or libraries to governments and UNESCO for instance) that transform, transmit, and translate the transsources/resources. The notion of liminality, hence (if we build on the work of scholars like Arnold van Gennep and Victor Turner) “rites de passage,” does provide good services to understand a number of these processes, institutions, and effects (including the construction and management of inalienability) but it is not enough, in particular if aspirations like sustainable development, accumulating power, and managing historicity are cultivated. There are several connections between liminality on the one hand and heritage and heritage processes on the other hand, but these are only part of the story. 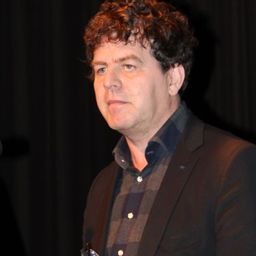