The context of transition from authoritarian regimes to democracy post-1989 in Central and Eastern Europe impacted heritage practices, legislations, discourses, and institutions in various ways. Condemning the Communist Regime has played an important role in the agenda of the newly established governments, and it has taken various forms throughout all former communist countries in Europe, varying from parliamentary laws and resolutions, to general declarations of condemnation of the old system, to public speeches by high-level government officials. The goal was to make a clear distinction between the transitional government and the previous authoritarian regimes. Various studies have been conducted on how societies engaged on their paths toward democracy by focusing in particular on transitional justice mechanisms. However, not much research has looked at which, and how, continuities and dis-continuities in heritage-making were enabled by the political change, or at the impacts of transitional justice mechanisms on the preservation and memorialization of the recent past.

Thus the goal of my paper is to highlight the complex nature of the legitimization of heritage in societies overcoming authoritarian regimes of governance, by introducing “transitional heritage.” Hence, I will particularly focus on the context of initial decisions taken in preservation, before and immediately after the political change of 1989 in Romania. In that respect, I will provide an analysis of the mechanisms by which historical assets are negotiated and constructed as culturally valuable. In this light, questions will be raised on how and by whom historical assets are reassessed, and as a consequence recognized (or not), as part of the dominant official heritage when major political changes impact previous institutions, discourses, and decision-making processes in preservation. Additionally I will discuss the basis on which the democratic approach post 1989 in heritage-making processes was constructed, and the selection mechanisms that were implemented to deal with the communist legacy.

In order to better understand the post-1989 context of heritage identification and recognition in Romania, I will briefly provide an overview of the previously existent mechanisms and actors responsible for understanding and framing “heritage.” My objective is to highlight the causalities and reasons underlying the different approaches and decision-making processes that impacted the inherited legacy from the communist period immediately after 1989 in Bucharest. 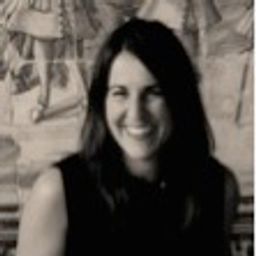