09.30  Negotiating "Bottom-Up" Perspectives of the Industrial Heritage of Vela Luka: Voices of Fabrika, Ambalaža and Greben

In the past century, the Island of Korčula largely based its production and economy on well-developed industries (shipbuilding, assemblage, fish and package processing, textile, paint, adhesives, varnishes, electronic devices, wineries, oil refineries…). They marked specific places on the island because of their production capacities, employed a large number of locals, and contributed to a successful local economy. In the 1990s, most industries were closed during the privatization process, or went bankrupt, which influenced future ownership structures, production conditions, and diminished the number of employees. This affected the production capacities, which consequently brought big changes, not only in the economy, but in the public opinion. As such, the locals were forced to turn to other models of financing, primarily through tourism.

With this context in mind, the industrial heritage of the Island of Korčula intends to sensitize local inhabitants and professionals but also to revalorize industrial heritage; its economical, political, historical, social, urban, architectural, and technological aspects. The research is based on a “bottom-up” approach, ethnographic insider observation, recording and interpretation of local memory, and specific dichotomies of similar existing histories: official, “alternative,” “silenced,” male and female.

In the initial stage of the project we focused on three industrial spots in Vela Luka: 8. Mart—locally known as Ambalaža (assemblage factory); Jadranka—locally known as Fabrika (fish-processing factory), and Greben (shipyard). We wish to discuss our current research based on official and family archives, photographs, memorabilia, literature, and various documents. Special attention is given to narratives (local oral history) gathered thanks to the rich and vital memories of the locals, mostly former factory workers. These personal micro (hi)stories and local memories open new insights into how local identity is being constructed around industrial heritage and how it manifests itself nowadays.

Additionally, we keep in mind the tradition of International Artists Meetings in Vela Luka; manifestations of visual and related arts that were held on three different occasions (1968, 1970, and 1972). These constituted interdisciplinary syntheses of various art disciplines, urbanism, architecture, and multimedia approaches. Creative work in a variety of settings, personal relations, collective, and creative teamwork in conjunction with the local administration and the economy was articulated through several modalities of participation of a greater number of locals.

We wish to continue this legacy and trigger an inclusive intergenerational dialogue with the locals, artists, and curators. Artistic methodologies and productions in the industrial spaces of Vela Luka are being used as a way to moderate that discussion and offer new potentials for negotiating tangible and intangible aspects of local industrial heritage.

This paper was co-authored by Marija Borovičkić. 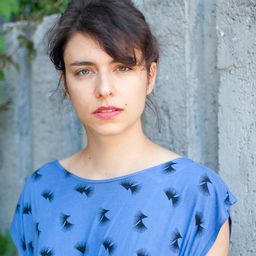