This paper argues that political mobilization and enthusiasm is created as a consequence of profane strategies of disgust rather than of anger and revolutionary aims of destruction. In a critical heritage perspective, this case is both very common as it revolves around a reclaiming of a cityscape in a postcolonial setting as well as displays unusual political tactics and an occasion to get closer to the mobilization strategies and dissemination potential of Rhodes Must Fall (RMF) as a student activist movement.

In the life history of heritage sites, all kinds of reinterpretation, reuse, vandalism, or other modification in the name of destruction or preservation must be included. Societies subjected to significant change in the form of revolutions, civil wars, and new regimes always reinvent their past, breaking with former times, (in)justices, and overdue heroes in their urge toward new futures. This project looks at de-colonizing processes around public monuments fuelling war memories in post-colonial South Africa through the RMF movement. We likewise investigate its spreading and contamination of the former colonial centres such as Great Britain twenty years after the fall of apartheid in its off-spring in Oxford. We look at the historical background of colonialism, at how de-colonization moves through various socio-cultural contexts and how affective artistic-activist strategies that mobilize around abject and disgust are put to use by students in order to change the heritage status of monumental heroes.

The paper presents three analytical layers: firstly we analyze the artistic-activist strategies put to use by the Rhodes Must Fall movement in reclaiming a post-apartheid city and how they themselves use subaltern heritage icons and emblematic figures in their own political strategy to challenge the obsolete authorized heritage discourse. Secondly we analyze RMF as a political movement that disseminates and is contagious, by examining the role of social media devices and affective imitation strategies offline and online. Thirdly we look into how official heritage authorities have responded to the movement both in South Africa and in Oxford. Through this examination, the paper places the RMF movement in the historical context of a longer history of managing the colonial legacy at the two universities and in both cities as a whole.

At Oxford, the RMF has staged a number of publicized events. The Rhodes Trust—the educational charity charged with managing the funds that Cecil Rhodes donated to Oxford University at his death in 1902—responded to RMF’s activities by supporting the Redress Rhodes initiative. The aim of the Redress Rhodes initiative is “to attain a more critical, honest, and inclusive reflection of the legacy of Cecil John Rhodes.” The objectives also include a plan to make a permanent exhibition at Rhodes House that places the influence of Rhodes in the context of colonialism and exploitation. Such debates about Rhodes’ heritage at Oxford have a long history and include the Rhodes Scholars against Apartheid in the early 1980s and the establishment of the Rhodes-Mandela Foundation in 2003. In Oxford as in Cape Town, the RMF is thus successfully adopting new strategies to draw renewed attention to the controversial heritage associated with Cecil Rhodes and his legacies. 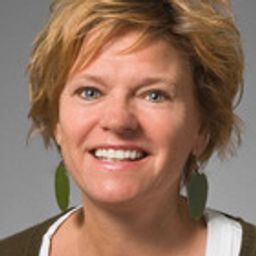