10.00  Humorous Becomings: Exploring Empathy Through the Use of "Craic" in Tours of Belfast's Murals

“Is it a problem . . . that the Irish is always up for the crack?” asked Ali G of Sinn Fèin MLA Sue Ramsey, a mere year after the signing of the 1998 Good Friday Agreement. Characteristically irreverent in delivery, Sacha Baron-Cohen’s question of whether the “craic” is indeed a “problem” for community relations in Northern Ireland goes to the heart of this paper’s central concern, as it asks: What does role humour play in the development, or inhibition of empathy during Belfast’s Black Cab Mural Tours?

As a phenomenon, Black Cab Mural Tourism in Belfast has undergone a staggering growth over the past five years, with unofficial estimates suggesting that up to 500,000 people take part in a tour of West Belfast’s murals each year (25% of Belfast’s total visitor demographic). In spite of their popularity, the Northern Ireland Tourist Board has been slow to appreciate the value of these tours, and only officially began working with providers in August 2015. Part of the skittishness around working with these companies rests on the fact that the majority of drivers giving tours of Belfast’s murals are not only sourced from West Belfast itself, but were often directly involved in the Troubles, and so are viewed as being too provocative for a city that is trying to market itself as a stable, post-conflict tourist destination. It is my contention that not only are Black Cab Mural Tours a unique form of “dark” tourism in and of themselves, but that they are also uniquely valuable in terms of the relationships that are formed between the tour guide, tourist, and local community through the use of humour.

Using a combination of the “go-along” method, and semi-structured interviews with tour guides and members of the community in West Belfast, this paper will address the presence of the “craic” within Black Cab Mural Tours, interrogating its relationship to the embryonic formations of empathy. Acknowledging Mark McGovern’s declaration that the “craic” has taken on particularly ethnicized, and “staged” qualities in international consumptions of “Irishness,” this paper nevertheless contends that the specific use of humour within Black Cab Mural Tours steers away from the banal and enters the realm of the geo-political, where it becomes an opportunity for contesting ethno-nationalism and essentialized identities within West Belfast.

Whereas my previous work has dealt with empathy’s affective dimensions, the focus here will be on the emotional aspects of empathy forged through the socio-linguistic process of delivering, and “getting” a joke. Using Judith Butler’s notion of the subject as constructed through injurious speech alongside Linda Hutcheon’s work on the “discursive communities” of irony, I will seek to demonstrate how identities during Black Cab Mural Tours in Belfast are shifted from pathological “beings” to “becomings,” eventually creating the space for radically altered modes of relation between Northern Ireland’s bifurcated communities. 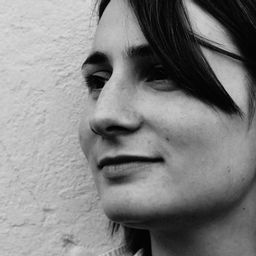