09.30  The Legacy of Communism: Difficult Histories and Contested Narratives in Romania

This paper will explore whether it is possible for official histories in national museums and nationally important heritage sites to be democratic. It considers contested narratives, using a case study of the planned National Museum of Romanian Communism and the site of Jilava Penitentiary, a former communist prison, near Bucharest.

Ceausescu’s fall from power in 1989 left a country impoverished and a divided people. Only now are Romanians beginning to discuss how to remember this period through an official “history” a new national museum of Romanian communism. However, in a nation that contains victims and perpetrators, and some people who were both, there are competing and sometimes contradictory ways of examining this history. Indeed so confused has the official narrative been (if it existed at all) that the Romanian National History Museum has, for all intents and purposes, closed down, opening only its basement of archaeological objects. Now the generation who suffered under communism wishes to tell its story. This paper will discuss what happened when representatives from different groups of former victims met together with a former prison guard and some facilitators and painfully worked toward a shared understanding of the past and some consensus about how to deal with monuments of death—the former communist prisons. In so doing it will consider to what extent concepts such as an authorized heritage discourse and subaltern memories are helpful in this situation and whether, to understand the politics and practices of heritage in some contexts, we need to draw on notions of emotional communities and traumatic memories in order to understand the role heritage plays in contested situations. I was privileged to personally work with these groups in a two-day workshop organized by The Institute for the Investigation of Communist Crimes and the Memory of the Romanian Exile in Bucharest, in March 2015. 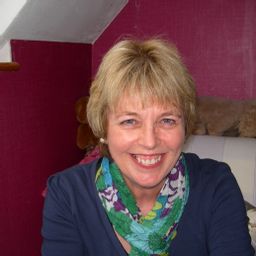