11.00  Consuming a Memorial Site: The Commemoration of the 20th Anniversary of the Genocide Against Bosniaks in “UN Safe Haven” Srebrenica

During the Balkans conflict of 1992–1995, the Bosnian town of Srebrenica was declared a UN Safe Area in 1993, under the watch of the United Nations Protection Force (UNPROFOR). In July 1995, General Ratko Mladić and his Serbian paramilitary units overran and captured the town, despite its designation as an area “free from any armed attack or any other hostile act.” In the days following Srebrenica’s fall, more than 8,000 Bosnian Muslim men and boys were systematically massacred and buried in mass graves. Thousands of women, children and elderly people were forcibly deported and a large number of women were raped. It was the greatest atrocity on European soil since the Second World War. The International Court of Justice (ICJ) and the International Criminal Tribunal for the Former Yugoslavia (ICTY) ruled that the mass execution of Bosniak men and boys in Srebrenica constituted genocide. The Srebrenica Genocide Memorial, officially known as the Srebrenica-Potočari Memorial and Cemetery for the Victims of the 1995 genocide, is the memorial-cemetery complex established in lower Potočari, Srebrenica to honour these victims. This past July 11 was the twentieth anniversary of the genocide against Bosniaks in “UN Safe Haven” Srebrenica and the commemoration took place in the aforementioned memorial site. The commemoration was commonly attended by various parties consisting of relatives of the victims; statesmen, bureaucrats and military personnel from various countries; members of the international community in BiH; members of local and international media; and so on.

My personal experience of the event allowed me to form certain questions regarding the varying patterns of consumption of the memorial site by varying parties: in particular, do our motivations for visiting a memorial site reveal themselves in how we visit them? It was striking for me to observe the difference in the visit/consumption of the memorial site by varying parties and to be able to read certain agendas via their participation in the commemoration. This paper will analyze the commemoration for the twentieth anniversary of the genocide against Bosniaks in “UN Safe Haven” Srebrenica via its participants and the memorial site via its visitors in light of personal observation. 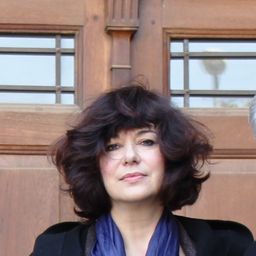