The origin of the internationalization of Old Rauma and its later inscription to the World Heritage List in 1991 is in the Nordic Wooden Town project carried out in the early 1970s. That project was a turning point for local conservation and the recognition of unique cultural heritage values: functional diversity and liveliness in a historic setting. In 1976, the municipality, together with some local associations, established the Old Rauma Foundation for securing the financial issues of conservation of the building sites, which were mostly owned by private people and used for residential and commercial purposes. Prior to this, local people had already established the Old Rauma association in 1974.

The community partially initiated the preservative town plan from 1981 that highlighted conservation but also demolition and rebuilding of more recent building structures.

Despite wide community participation for a preservative town plan, and its vital role in the selection of Old Rauma as the first historic town to be nominated to the tentative list over Old Porvoo, the World Heritage nomination process completely lacked any form of local consultation. The sites nominated to the tentative list were selected by only a small group of national heritage experts.

Perhaps due to this process, the conservation of Old Rauma World Heritage site still runs on two parallel paths; on one hand, the local community contributes to daily conservation of the still mainly privately owned building and also looks after the objectives of functional diversity and liveability. On the other hand, the national heritage authorities, jointly with ICOMOS Finland, monitor and outline the conservation and development activities in the World Heritage area and its buffer zone, and expect them to be treated secondary to the goals of integrity and authenticity with regard to the historic townscape.

Community activities conducted on the basis of interests that trigger interpretations and activities for protecting the area are a form of landscape stewardship. If community stewardship could be harnessed for enhancing functional diversity and liveliness, in line with built heritage conservation, the protection of sites that have been set aside from cultural heritage communities, but are themselves worthy of preservation, can get a greater portion of public resources.

The question is therefore, above all, about the definition of cultural environment and cultural heritage and the negotiated interplay between officials and residents. Culturally and socially sustainable conservation stems from local heritage values, fitted into the universal ones in the case of a World Heritage Site. The nature of local values is intangible, but they intertwine with tangible objects. Local values are a key factor in conservation and when included in authorized conservation goals they can empower local people to act for their heritage. When excluded, they can alienate local people from those goals. 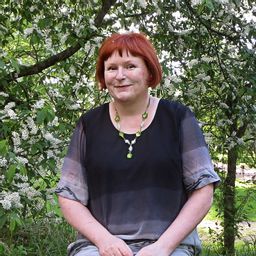