10.00  To Theme a Village: The Race for China’s Intangible Cultural Heritage in Mianzhu, Sichuan

In 2004, China officially signed UNESCO’s Convention for the Safeguarding of Intangible Cultural Heritage (ICH) and dedicated over 800 million RMB in state funds to an unprecedented survey of the nation’s intangible treasures, with the goal of gaining UNESCO recognition. The event sparked a nationwide race to identify, promote, and commodify China’s intangible cultural heritage for a national and global audience. As a result, an expansion of state interests over a vast array of cultural resources (both tangible and intangible) has been harnessed to serve a booming heritage tourism industry, especially in rural areas.

This paper will examine the profound impact of such developments on a rural woodblock-printing centre in Mianzhu, Sichuan, widely known since the Song Dynasty for its production of printed and painted nianhua, or “New Year pictures.” Since 2004, Mianzhu’s historic sites have been transformed into touristic nianhua-themed villages, with old buildings being torn down and replaced by faux-historic architecture, souvenir shops, and public monuments that flow seamlessly into private living quarters. This paper will critique the commodification of nianhua as a form of intangible heritage to be globally consumed, where the contested nature of “heritage” and “tourism” carries high stakes for rural communities. I will argue that the rapid transformation of Mianzhu into a national heritage site reveals the powerful collusion of UNESCO’s ICH discourses, performative statecraft, and the commercialization of nianhua for global audiences. My critique will focus on how local actors (officials, cultural workers, investors, artisans) have responded to these developments and the resurgence of local discourses and practices that challenge or subvert hegemonic notions of heritage that circulate globally.

This topic directly addresses the concerns of “Heritage Shifts in East Asia: Communication Between Global Policies and Local Practices,” which seek to “investigate the dynamic communication between global heritage policies and local practices in that region” and “to establish a bridge between local-level empirical study and global heritage discourse.” By addressing how local stakeholders in Mianzhu have strategically responded to UNESCO’s authorized discourses around intangible cultural heritage to suit their own needs and values, my presentation will be a valuable contribution to the session’s goal of illuminating the local and global interactions concerning East Asian heritage. 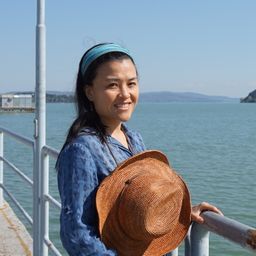