14.00  Heritage and the Creation of Rural Identity in Alberta, Canada

The Torrington Gopher Hole Museum offers a case study for analyzing how heritage was invented both to engage diverse stakeholders and reshape the image of rural Alberta. In 1995, a group of townspeople—the population of Torrington is currently less than 200—decided to create a small museum in order to put the hamlet “on the map.” After debating various ideas, the group determined to focus its efforts on a local pest/resident well known to the prairies, namely the Richardson’s ground squirrel (or gopher), famous both for disrupting agricultural land with its burrows and looking cute in photographs taken by tourists. Embracing the multivalent status of this rodent, the museum committee applied for provincial funding from the government of Alberta’s 20/20 Vision program, receiving a grant designed to help small towns improve their declining economies in the face of increasing out-migration, with people leaving to work in the oil fields or other industries more lucrative than farming. In 1996 Torrington lost its school; the next year its grain elevators and railroad were gone. Much to the surprise of its organizers, the Gopher Hole Museum opened amidst an international storm of debate—it was criticized by the People for the Ethical Treatment of Animals (PETA)—and it continues to attract thousands of visitors from around the world, providing a focal point for the town of Torrington and its identity.

This paper will use art historical methodologies and critical museum theory to discuss how the contents and design of the Torrington Gopher Hole museum effectively reshaped Torrington in relation to a contested representation of rural heritage. The museum features a series of taxidermied gophers arranged within dioramas that depict scenes of rural life, both drawing on and remaking the dynamics of natural history museums. Based on the success of this museum, the entire town has been rebranded in relation to the gopher theme, complete with a new historical narrative about gopher inhabitants, a gopher mascot and street names, and fire hydrants painted with historical gopher figures. Although clearly meant to be humorous, the Torrington Gopher Museum offers a fascinating case study of how a community led by local, working-class women defied dominant heritage narratives to appeal to broad audiences, democratizing the traditionally elitist role of museums. This paper will emphasize how representations of gender and class inform the recreation of Torrington’s heritage, transforming the hamlet into what scholars of popular culture would call an “open text” that offers multiple points of connection to local residents as well as international visitors.

This case study is part of a broader examination of supposedly “non-professional” museums in small town and rural Alberta. My attention to ostensibly marginal museums intervenes in the field of museum studies to offer a richer picture of the creation and function of these institutions. A significant proportion of museum scholarship focuses on national, urban museums, overlooking the important differences of smaller, less central institutions. In this paper, I will insist that the Gopher Hole Museum is a politically astute institution that successfully negotiates multiple demands, while providing opportunities to reflect critically on the identity of Alberta, shifting nature of human-animal relations, historical construction of museums, and gender roles. I will highlight the ways in which people traditionally excluded from museums have appropriated the techniques and narratives of the heritage industry to create a vibrant and engaging identity for Torrington, Alberta. 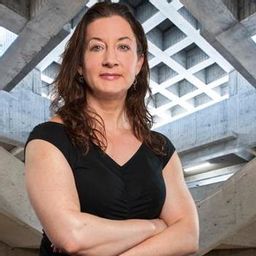