11.00  Found; Finding; Foundling, Mine: Searching for the Voice of the Historical Child in the Foundling Museum

Biographical narratives are being used as vehicles for history within contemporary heritage discourse. I am interested in unravelling the dialogues in this representation, particularly in the presentation of a historical person in a museum context. In this environment, they are often presented as archetypes that symbolize a larger story, be it social or political. This paper will focus on historical biographies at a particular heritage site; the Foundling Museum in London.

The museum’s history revolves around the foundlings; abandoned babies raised within the hospital. The museum is regarded as a “museum of childhood” even though the displays are almost undoubtedly aimed at an adult audience. A specific aim of the Association of Critical Heritage Studies’ Manifesto is to give a voice to the “marginalized and excluded,” and children are included in this category. Children are rarely vocal in the preservation of their heritage; instead, it is generally undertaken by adults, on behalf of the children, “but perhaps for their childhood selves.” Many scholars still fail to differentiate histories of “children,” which concern actual practices of young people, from histories of “childhood” that are ideological concepts adults hold of children.

During my research, I have been facilitating art workshops with contemporary children with the aim to give a “voice” to the historical child within the Foundling Museum. Rather than solely having the children as an audience, I have been generating work with the children. The aim behind this method is to explore how contemporary children engage with the narratives of the historic child in the museum; they might respond with a greater or lesser empathy.

In these workshops, I have been employing theatre practice as a method to generate empathy and indifference to heritage within the Foundling Museum. For example, I synthesise Constantin Stanislavski’s System—particularly “Circles of Attention,” “Emotion Memory,”’ and “Magic If”—to generate an empathetic response to the past. This method allows the children to place themselves emotionally and imaginatively in the position of the historical children linked to the museum’s history. After exploring these exercises, we then move to the practice of Bertolt Brecht, which enables the children to respond to the past with a critical distance.

The final outcome from these workshops has allowed me to explore the children’s relationship to biography within the museum and explore the distance between contemporary and historic children. This practical research has enabled me to build on the “hot” and “cool authenticity” in the representation the historic child in the museum as part of my AHRC Ph.D. fine art practice.

The paper will conclude by questioning the role of emotion and affect in the workshops, whilst investigating the role of empathy and indifference in the expression of intangible heritage within the museum. Through practical exploration, I have discovered that empathy and over-identification with the past can become problematic, as it becomes a reflection of the contemporary children rather than the history that is being retold. 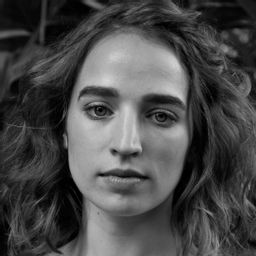