11.20  The Material and the Immaterial: The Curious Case of Clydeside’s Industrial Leftovers

As some of the last and most iconic fragments of industrial detritus along the River Clyde, the four remaining Giant cantilever cranes provide a unique set of case studies to explore the often intangible notions of “social” or “cultural” value that can become imprinted on the built environment. Although the processes of deindustrialization have left these cranes bereft of their original function and in continually redeveloping urban landscapes, they have been reborn within the post-industrial period, often in previously unimaginable ways. The cranes are immortalized in song, literature, poetry, and art—cultural representations that allowed for ordinary people to engage, and at times even resist, the processes of deindustrialization going on around them. Today, their imagery crops up in unusual places; in street art, as the backdrop to national news reports, and as a centrepiece to the opening ceremony of the Glasgow 2014 Commonwealth Games. Do the cranes now have an inherent social or cultural value, and how can heritage bodies interpret this taphonomic process that has seen these working objects of the past become cultural artifacts of the present?

These questions are of increased relevance given the recent publication of “Our Place in Time” (2014), the Scottish Government’s first ever Historic Environment Strategy, which sets out a ten-year vision with a strong emphasis on intangible cultural heritage. The cranes have been given A-listed status, the highest level of recognition afforded by Historic Environment Scotland, the Scottish government’s executive agency for the management of the historic environment. In spite of this, they stand in differing states of health and face uncertain futures (a Giant crane in Govan, Glasgow, was dismantled amidst redevelopment in 2007, despite being A-listed and the source of great community pride). Seeking to move beyond the established academic debates on concerns of a misplaced “smokestack nostalgia,” or the denunciations of “ruin porn,” this paper will seek to take a holistic and inclusive approach toward mapping people’s connections with these structures. Utilizing a mixed methodology that incorporates new oral history testimony from crane drivers and shipyard workers, but also those whose creative work has been inspired by these last Giants, this paper will critically analyze how these multi-layered values are formed through creative practice and both wider cultural memory and nostalgia. Lastly, this paper will define how the heritage sector as a whole can seek to appreciate as well as incorporate these forms of cultural practice within the context of future preservation. 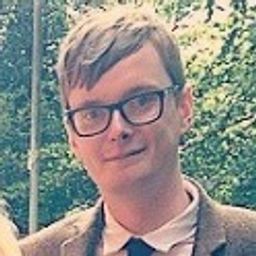