This paper will use two approaches “Diaspora, diversity, and cultural citizenships” and “The future of heritage” as its basis to discuss further how the concept “deep city” is opening to new understanding of the role heritage can play in forming the future. It will reflect on how the meaning of the concept “deep cities,” which refers to a city’s long-term history and heritage, is shaped by the national context within which research is carried out. The period in which the city was established plays a role in clarifying how “deep” the history and its heritage is. Among other important factors that are influencing the city and its material character are the degree of war and conflicts the city has endured.
The main argument of this paper is based on a study of the role of old cemeteries as “green public spaces” in contemporary cities. By comparing three urban cemeteries, from Oslo (Norway), Sheffield (United Kingdom), and Kaliningrad (Russia), it will reflect on how the city’s history has influenced their forms and layout, as well as how it is affecting the potential role of the cemeteries as future green areas in a modern urban context. Their future prospects are closely connected to the role these heritage sites can play as a means of ensuring sustainable cities.
The notions of “Diaspora, diversity, and cultural citizenships” have a different resonance in the three cities. In Sheffield, as well as in Oslo, these notions relate primarily to the contemporary city and the potential that cemeteries have as green public spaces in promoting diversity and cultural citizenships. Gamlebyen Cemetery in Oslo stems back to 1550. It is today situated in a neighbourhood with inhabitants from different cultural and ethnic backgrounds and is in active use as burial site and for recreational activities. The General Cemetery in Sheffield was established as a Nonconformist cemetery in 1836, closed down as a cemetery in 1978, and opened up later as a public park, managed on behalf of the city by a local community group. In Kaliningrad, the disruptive dark history of WWII has left scars that the city is trying to heal. Traces from an old Jewish cemetery bordering toward an old German cemetery are today barely visible in the urban forest and risk being left to oblivion.
Their common denominator is the character they share as memory sites. They can be read as a complex conflation of religious and moral belief, societal power and hierarchy, landscape and architectural ideals, health legislation and management practices. The difference between their present day expressions is striking and is best described as ranging from a rational management model to a romantic historic landscape, to a site in an advanced stage of oblivion.
This paper will discuss how the time dimension is visualized in the structural remains and how the layout of the cemeteries is influencing their actual everyday use in the contemporary city. The history of these deep cities affects both their landscape character and the prospects they have in the future. 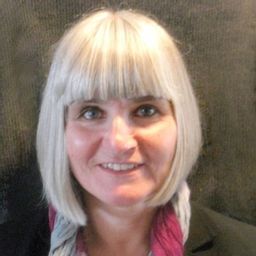