The crucible of the violent conflict in Northern Ireland in the latter part of the twentieth century is known euphemistically as “The Troubles.” The very name of the city of Derry-Londonderry attests to how its identity has been split historically. It is thus a key example of a divided heritage. This division, with roots in the founding of the walled city in the seventeenth century, was made materially manifest during the Troubles by physical barriers and territorial markings, enacting barricade cultures in the performance of everyday life in the city. As part of an unfolding (and as yet incomplete) peace process, the remapping of the urban landscape has been undertaken through the regeneration of key parts of the built environment and specific initiatives to re-image the city. These flowed in part from the designation of the city as the inaugural UK City of Culture in 2013, the effects of which are still unfolding.

This paper will examine the ways in which the former military barracks at Ebrington has been transformed as a manner of dealing with the city’s contested heritage. On the east bank of the River Foyle that bisects the city, this was the site of a military installation from the Jacobite siege of the walled city in 1689 until the removal of the 8th Infantry Brigade in 2003. A permanent barracks was completed in 1841 in the shape of a star fort, now designated as a scheduled monument. While the barracks has housed various regiments of the British Army over its history, they became part of the “H.M.S. Ferret” naval base during WWII and after the war were redesignated as “H.M.S. Sea Eagle,” and operated as the Joint Anti-Submarine School until 1970, when it was handed back to the British Army and re-named again as Ebrington Barracks. During the Troubles, the site was entirely closed off to the public, hidden behind massive metal hoardings. The site was transferred to ILEX Urban Regeneration company in 2004: the hoardings were removed with the aim that the site be opened to the public as a pivotal venue for events over the year as City of Culture. The opening in 2011 of the Peace Bridge across the River Foyle, linking the east and west banks of the city, provided direct pedestrian access between Ebrington and the city for the first time in its history.

ILEX's plan for regeneration has focused on two broad strategies. The first was the creation of a public realm denuded of most of the markers of the site’s colonial and military heritage. The second was to commission cultural practitioners to re-imagine the site by re-performing it in a series of strategic but ephemeral interventions. The paper will propose that it is in the very ephemerality of these interventions that the potential of the site as an imaginative space is unleashed.

The conceptual framework for this argument rests on the proposition that any heritage site is simultaneously a physical, discursive, and affective space. The relationships between these dimensions is expressed in the intersection of the material site and its intangible cultural heritages. This intersection is analyzed here as a series of performative practices, developing from the propositions of Lyotard (1984)and De Certeau's (1984). Drawing on Dolan's (2005) theory of utopian performatives, the argument suggests that the site of Ebrington Barracks offers the opportunity to engage with heritage in a way that allows peace to be experienced, in however so ephemeral and fragile ways. 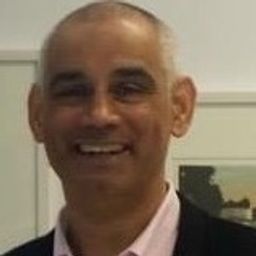