13.30  Globalization, Migration and the Heritage of Cross-Cultural People

Modern tradition conceptualizes spaces and territories as equivalent to state-nations and consequently frames cultural heritage in national heritage terms. In a self-reinforced process, heritage then has been defined as that occurring in the territory defined by the nation-state. Accordingly, cultural heritage has been used either to naturalize nation-state ideologies and borders, or even to support multicultural approaches to heritages in melting-pot, post-colonial, assimilating, and salad-bowl social models. Twentieth-century globalization, the networked society, and migration, however, are radically challenging and changing this modern model of cultural politics.

The twenty-first century will be the century of migration. According to the United Nations Human Development Report, there were 215 million international migrants and 740 million internal migrants in 2010; one out of seven in total numbers, or 14% of the total population, and the rate of migration is predicted to be higher in the following years than in the last twenty-five years. These numbers include political and war refugees all around the world, and economical migrants of all kinds: from those who jump border fences in Ceuta and El Paso, to white-collar expatriates who move according to the internationalization of labour markets. In this sense, the mobility of people is an example of today’s globalization of economics and politics, which equally affects globally social and cultural structures. But globalization means something more than just mobility of people, goods, ideas, and information; it is actually mobility in a global and decentred networking logics beyond nation-state logics, thus affecting all spheres of human sociability and cultural/community identity. Globalization is thus a shift in the nature of social space, in a way that cannot adequately be mapped on a classical territorial grid, but through a global connectivity vision, assuming likely the new networked nature of society.

Consequently, globalization, the networked society, and migration are modifying people’s cultural heritage perceptions, values associated, meaning attachment, and uses. To illustrate how this new scenario is challenging and shifting today’s perceptions of cultural heritage beyond modern nation-states and territorialism, this paper will focus on a very particular group of globally mobile citizens and on how they define new forms of cultural heritage according to their global nomad and cross-cultural experiences. Third Cultural Kids (TCKs) are children who spend a significant part of their formative years outside their parents’ native culture(s), live in several countries other than their passport countries, and acquire meaningful relations with those other cultures. Unlike most immigrants who move from one country to another so that their children are experiencing a constant dichotomy between the culture of origin and the other culture in which they grow up, TCKs grow up in several different cultures, moving every time their parents move. During this process, they are exposed to so many different cultures that arguably as adults they embody globalism and multiculturalism inside themselves. Thus their perceptions of what is significant of heritage to represent their community’s cultural identity and collective memories are radically different from both long-term resident and immigrant populations, whose perceptions on cultural heritage are still rooted in nation-state emics.

This paper will present the first results of my ongoing research that aims to understand cross-cultural heritage. First I will introduce both globalization as a new logic in social research, and how TCKs operate in this context. Secondly I will present the first analytical data collected (e-surveys, interviews, and focus groups with TCKs) regarding the significance of cultural heritage to TCKs. 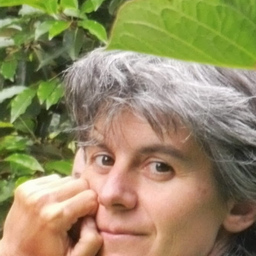