Since the 1990s, in particular, UNESCO has integrated the safeguarding of intangible cultural heritage (ICH), cultural landscapes, cultural spaces, and underwater cultural heritage—to name a few—into its regime. Against the background of a growing globalization and international interdependence, nation-states around the world (including Western and Asian countries) have followed this trend by adapting their national heritage regimes.

The particular national impact of these trends on the individual member states, such as the emergence of new cultural policies or institutional change, however, remain under-researched. This is especially the case when considering the impact on the two dominant approaches mentioned above: the Western and the Asian approach to heritage safeguarding. Did the changes inside UNESCO’s international heritage regime have an impact on heritage safeguarding in the West? And if so, has it made the “Western approach” more open to alternative (potentially Asian) forms of heritage safeguarding? And how have international trends affected Asian countries?

By retracing the 2003 UNESCO Convention for the Safeguarding of Intangible Cultural Heritage’s influence on four different cases studies, namely Germany, France, PR China, and Japan, we analyze whether and/or how the heritage regimes of these Asian and Western UNESCO member states have changed following the introduction of the new ICH concept. This study not only sheds light onto the effects of the ICH convention in two different camps within the UNESCO, the “West” which had been rather skeptical about the adoption of an ICH convention, and “East Asia,” role model and supporter of the ICH convention. It will also highlight the ICH convention’s effects on different multi-level governance systems behind national cultural governance. In retracing the changes we the study will thus also examine how the regimes changed, that is, whether the change followed a certain path dependence or it demonstrated a critical juncture in the domestic heritage systems.

Ultimately, this study will show that there is not and never has been a single “Western” or “Asian” approach to heritage safeguarding, but rather that each country’s approach reflects a unique and historically embedded approach that demonstrates a blend of international, historical-indigenous as well as newly developing safeguarding measures. On the contrary, the international heritage regime has actually led to growing similarities among the individual approaches as a result of international dissemination of “best practices” as well as domestic identity politics, and strives for cultural soft power. 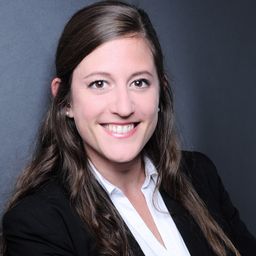