The rights of the state to assess and protect built heritage within its borders, to ratify international conventions, and to cooperate in bilateral engagements, have been foundational concepts of global heritage governance and practice. Extreme circumstances, particularly during conflict, may result in an intervention by non-state parties, but in times of peace it is the state’s authority that prevails. Some heritage forms are better fitted to this system of state borders than others: intangible aspects of heritage may flow across state lines, spreading with the movements of people and resulting in contested claims of ownership; immoveable built heritage structures and landscapes, on the other hand, are fixed to their physical environment and fall under the jurisdiction of the state whose land they occupy. But what is to be made of those outlying heritage sites, left by occupying forces or colonial powers that have since retreated back behind their own state borders? And what are we to make of those sites strongly associated with the actions of a historically significant foreign national whilst outside their own country, or representative of a transitory ethnic community that has since disappeared? If the host nation recognizes these sites as having significance within their own state frameworks, and is amenable to bi- or multi-lateral collaboration with other interested parties, then the potential for a positive conservation outcome is high. If not, a host of issues can arise, ranging from diplomatic tension and fraught domestic politics to neglect or even destruction of the heritage sites themselves.

Drawing from recent efforts (1990s-2000s) of the Australian Federal Government to acknowledge high-profile “Overseas Places of Historic Significance to Australia” on a dedicated list (that has no legal standing outside Australia), and to inscribe lower-profile “external” sites on the National Heritage List, this paper will explore some of the complications that can arise from the privileging of state authority in current approaches to built heritage management and governance. The Australian situation offers a fascinating array of case studies, revealing the Government’s desire to acknowledge Australian heritage overseas and, to a lesser extent, the heritage of other nations within Australian jurisdiction. Examples range from First and Second World War battle landscapes (Gallipoli in Turkey, Kokoda in Papua New Guinea, the underwater remains of the naval battle between Australia’s HMAS Sydney II and Germany’s HSK Kormoran) and settings for human endeavour (such as Howard Florey’s laboratory in Oxford, UK, and the Mawson Hut expedition landscape in Antarctica), to more banal remnants of South-East Asian architectural styles and forms that dot the landscapes of Australia’s Indian Ocean territories (Christmas and Cocos/Keeling Islands). Australia’s engagement and acknowledgment of these sites, and of the states that have jurisdiction over them or vested interests in them, will be explored with the support of documentary evidence from government and heritage agency sources. These Australian experiences and examples will serve as a point of departure for considering the more widely applicable contradictions, limitations, and loopholes of a global approach to heritage that privileges the role of the state. 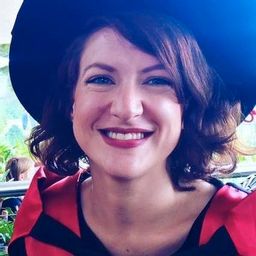