This paper is based on the 2015-2016 AHRC-funded Artcasting project, which explored how galleries can inventively evaluate young people’s engagement with art. The project researchers took a mobilities perspective, building a digital platform called “artcasting” to investigate this question in the context of “ARTIST ROOMS On Tour” in the UK. The artcasting platform invited visitors to digitally move artworks into other places and times, and to re-encounter and respond to artworks from beyond the gallery space. These locations, journeys, encounters, and responses, in turn, were used to challenge the galleries and researchers to develop new approaches to evaluating visitor engagement. This paper will propose artcasting as an empirical example of unstable co-production, which may (or may not) unfold over a long period of time and in a disjointed way, and which required significant openness on the part of the participating galleries to the unknowable other that might (or might not) arrive through mediated artcasting encounters.

Artcasting provided a productive challenge to the stability of relationships and spaces of gallery engagement, and this paper will examine this challenge through a lens of “hospitality,” specifically what Doron (2009) referred to as “hospitality’s infinite obligation to the unknowable other.” We will argue that the tensions and uncertainties of co-production were expressed in artcasting as a relationship between visitor and gallery that was spatially and temporally “out of joint,” and where the task of gallery partners (and researchers) was primarily to wait, “giving place to a guest—without, even, knowing when this guest will arrive.” This exposes tensions, however—tensions that are frequently seen in discussions of co-production, and that can be usefully articulated using Derrida’s concept of “hostipitality”: hospitality requires the host to be in control, to be the one that gives permission for the guest to enter, and to define the conduct of that guest. At the same time, the host is “hostage” to the stranger: “he urges him to come, even though he has no way of making him come more quickly. He waits impatiently for him as a liberator” (2000).

This is an irresolvable tension if hospitality is considered as a position: instead, we will argue that hospitality is better described as a trajectory, and artcasting offers a way to examine this further by analyzing empirical data through a “mobilities” perspective. In framing artcasting as generating unpredictable visitations that might extend well beyond the gallery space or the timeframe of the exhibition, we can attempt to capture the instability of relationships and collaborations of co-production in artcasting. Mobilities theories offer ways of understanding social phenomena beyond a bounded setting (a classroom, a city, a museum), instead tracing trajectories and networks. Here, we offer “trajectory” as a generative concept for mobilities-informed approaches to co-production. Framing co-production in mobilities terms permits the analysis of user-generated artcasts in terms of their trajectory away from but in continual relation to the gallery, and the gallery’s own shifting host/hostage trajectories. This analysis can take account of “surprising alterations and interactions,” and ultimately influence how the cultural sector measures engagement and evaluates the quality of their offerings. 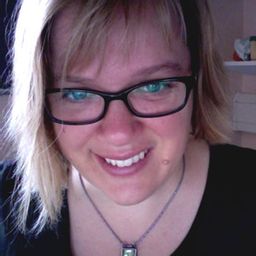