14.30  The Architectural Invention of Working Class Memory in Byker, Newcastle

In 1953, the Medical Office of Health of the city of Newcastle decided to tear down a good part of the old terraced houses of the inner city community of Byker and relocate their occupants on new developments. By then more than 17,000 people lived there. Everyday life in Byker, a distinctive working-class neighbourhood located close to the shipyards, was held in a structure of social relations based on solidarity among neighbours, which served as an antidote to the social and economic oppression that, as unskilled labourers, most of them suffered.

In this paper I will study the particular ways in which the memory of the Byker’s workers’ community was transmitted and transformed during the process of demolition and full reconstruction of their neighbourhood that lasted from 1969 to 1984. I will focus, on the one hand, on the work of English-Swedish architect Ralph Erskine who established, during almost fifteen years, an on-site architectural office in Byker to design and direct the works of the reconstruction, and, on the other hand, on the critical images of the neighbourhood’s everyday life taken by Finnish photographer Siirka-Liisa Konttinen, who moved to live in Byker in 1969, where she stayed for more than seven years.

In both cases, there was an explicit effort to connect directly with the social reality of the community: while the architectural design work by Erskine and his team was triggered by series of consultations and other means of citizen participation, Konttinen’s photographs were the result of her own experience as a member of the community. Nevertheless, the perspectives they had about the future of the neighbourhood could not be more different: Kontinnen shared the people’s concern about how by substituting their physical environment, even if it was clearly degraded, a good part of the community’s collective bonds would be lost. For Erskine, conversely, design, architectural space, and materiality were useful tools that could help redefine the future of Byker as a community without losing those bonds.

As one of the main objectives in this paper I will attempt to assess how these two points of view reveal different ways of using the cultural heritage of working-class communities either as a method for resisting transformation—even if it is very much needed—or as a way to make it possible. This basic dilemma, which takes us to the wider problem of authenticity and its effects, was strongly visible on the intellectual reception by certain critique of the Byker Wall, the name usually given to Erskine’s project. Despite its documented social success—rare among most of the large modern housing developments from the sixties—the Byker Wall has been usually accused for its supposed false participatory processes, because the formal result resembled some of Erskine’s previous projects, which implied a betrayal to the real history of the neighbourhood.

Finally, the problem of authentic citizen participation has been tackled by Jeremy Till from a position that I will use as a point of departure for my conclusions because, even if it will start as an explicitly architectural analysis, it will also explain the photographic work by Konttinen in Byker, and the greater challenge of collective memory on redeveloped working-class neighbourhoods. According to Till, the role of the architect in participatory processes cannot be reduced to collecting data and transforming it into built structures. It should rather be the translation of the complexity of urban storytelling as a mixture of reality and fiction, making possible the embodiment of the dreams and aspirations of a community as a continuation of its actual reality. 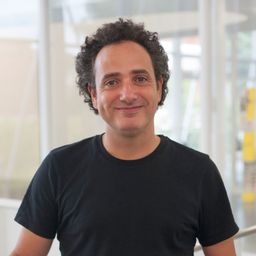