11.00  A People-Based Approach to Sustainability in Heritage Practice: Engaging with the Local Community at Aktopraklık Höyük, Akçalar, Turkey

In recent years, both the academic and institutional community have called for greater focus on local participation in heritage practice. From the critical heritage perspective in particular, bottom-up, people-based approaches are seen as a means to rectify the existing top-down imposition of heritage ideals by powerful institutions. At the same time, there is also an increasing focus on such alternative concepts as “resilience” and “sustainability” as opposed to so-called “authorized heritage.” But is “sustainability” just a term that we are engaging with more heavily now because the “heritage” concept has come under such heavy criticism as a Western imposition, while the generality, malleability, and moral connotations of sustainability make it harder to criticize? Or is there some added value to engaging with the “sustainability” concept over “heritage” alone, and if so, what is it? Moreover, although the ambiguous sustainability concept is multifaceted, the chosen facet by decision-making archaeologists is most often the sustainability of the archaeological site itself. But, if we heritage practitioners are truly trying to approach sustainability in a multidimensional, participatory way, we should first examine existing processes of continuity and change in the local context, and actively engage with locals to better understand what sustainability means to them more broadly: what is the “Future They Want”? Once we have adequately answered this question, we can perhaps begin to see how the archaeological site may fit into the local picture, but we should also realize that it may not fit in the ways that we had anticipated.

This paper accordingly will present a case study utilizing an in-depth ethnographic methodology—decentred from the archaeological site itself—to attempt to move toward a more truly community-based framework within heritage practice. The study will focus on how sustainability is used and understood by the community via the results of participant observation and interviews conducted over the course of six months in 2015, with over 70 residents in Akçalar, Bursa, Turkey, the local context of the Neolithic-Chalcolithic Aktopraklık Höyük archaeological site. Results indicate that recent rapid urban sprawl has heightened locals’ awareness of the loss of old lifeways and values, such as agriculture and quickly disappearing green space. They also lament the decline of neighbourliness and community cohesion. At the same time, aspects requiring change are also becoming prescient, such as a lack of public space for women to gather outside the home, as well as limited educational opportunities. These broader community concerns, their desires for what should be sustained and what should change in their environment, begin to reveal potential pathways for community integration with sustainable heritage development.

An ArchaeoPark is nearing completion at Aktopraklık, including a visitor pathway, museum, children’s dig house and excavation, viewing tower, and house reconstructions from ancient through modern periods. In terms of addressing local concerns, it presents a large green space for the public, men, women, and children. By displaying Akçalar family heirlooms from farming days past in the ArchaeoPark, these otherwise disappearing traditions can be sustained here. With an on-site workshop for Akçalar children, local concerns about lacks in education can also begin to be addressed. This greater local integration, no longer limited to the narrow vision of what archaeologists traditionally focus on sustaining, can yield greater benefits for a sustainable future from the wider local perspective. Furthermore, it simultaneously makes sustainability of the archaeological site more realistic by fostering lasting participation of nearby residents. So, even though local understandings and goals for sustainability may not exactly match those of archaeologists, by fully understanding the whole picture, this study hopes to demonstrate how heritage practitioners can better synergize their approaches to sustainability with the local fabric. 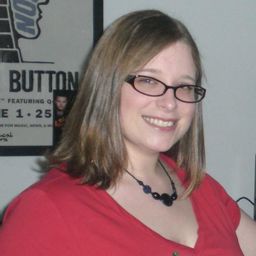