In August 2014, head archaeologist Katerina Peristeri and her team unearthed the entrance to a structure in the Kasta mount near the ancient site of Amphipolis in Northern Greece. The site, which has come to be known as the “Amphipolis tomb,” has revealed among other finds, a marbled entrance “guarded” by two sphinxes, two Caryatids, a mosaic floor depicting Pluto’s abduction of Persephone, and the remains of five dead.

After the appearance of the first media articles on the Amphipolis tomb, it became clear that there was a strong and growing media and public interest in the excavation and, in particular, the identification of the building and its human remains; with intense speculation that the tomb was built for a member of the ancient Macedonian royal family or elite (theories circulated ranged from Olympias and Roxanne, respectively mother and wife of Alexander the Great, one of Alexander’s generals and indeed Alexander himself). Indeed, the Amphipolis tomb excavation took Greek traditional and social media by storm. What followed over several months was almost daily media reports on the archaeological excavation and continuous flow of relevant information on social media.

Trying to deal with the amount of national and international publicity and to manage expectations of the media and “the public” alike, the Hellenic Ministry of Culture introduced frequent “press releases” about the excavation, although these seemed insufficient to satisfy the desire for continuous updates on the excavation. In turn, professional and academic archaeologists and other experts started appearing on mainstream Greek TV news reports and programmes and provided written commentary on newspapers, journals, and Websites. At the same time, a number of individuals and groups operating mainly or exclusively on social media started gaining traction and acquiring followers and members. In most cases, these individuals and groups did not present themselves as professional (or even amateur) archaeologists or experts. Nevertheless, they seemed to fill in gaps in the generation, sharing, and interpretation of information about the excavation.

This paper will examine the motivation, aims, activity, and experiences of some of these “social media activists” and their contribution to the construction of the public and media narratives of the Amphipolis tomb excavation. It will address the following questions: To what extent did the Ministry and excavation team’s approach and response to the media and public interest in the Amphipolis tomb lead to the emergence of these social media heritage activists? What roles did these individuals assume in brokering communication, filling gaps and “deciphering” official reports? How did the use and characteristics of social media enable them to tap into, influence or shape the sharing and dissemination of information about the Amphipolis tomb? And how did their social media authority intersect with the legitimacy of information and authority of interpretation claimed by the Ministry and the excavation team?

This paper aims to contribute to the discussion of heritage activism and authority and offer methodological and theoretical analysis into the role and impact of social media in: the archaeological excavation process and the re-negotiation of the scope and media of public archaeology; the co-production and crowd-sourcing of archaeological interpretations and how these interact with notions of authority in archaeological professionalism; and the formation and maintenance of (online) communities and networks of interest in archaeological heritage. 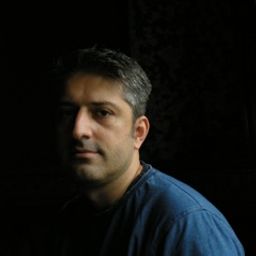