The idea of built heritage as potential waste is commonly represented by images of demolition and landfill sites. This contributes to an idea that heritage conservation is inherently sustainable. However demolition waste and the role of deconstruction are rarely discussed as part of the last decade’s consideration of the relationship between heritage conservation and sustainable development. Demolition waste represents an important component of landfill site development in North American cities, and is considered at a crisis stage by many municipal governments. The science of building deconstruction to salvage materials has made substantial progress, despite being slow to implement due the pace of urban development.

Building re-use and various forms of materials reclamation are assumed to relate well to heritage-related objectives of rehabilitation, as long as the uses remain connected with the place where heritage values are associated. However the careful deconstruction of a building, for removal of its material/components to another site or recycling yard, is less accepted as a means of protecting heritage values. This gap suggests that the role that heritage values play in defining waste requires study.

“Waste” is a relative concept that can be closely associated with the loss of value. The architectural waste concerns of North American heritage authorities, as expressed in many national and local conservation guidelines for salvaging key architectural fragments, typically relate to mitigating the loss of “character-defining elements.” By not addressing the magnitude of all building demolition waste, the contribution of heritage conservation processes to materials waste and landfill management is limited. Classification by associated heritage values may also discount the potential for new values to be associated with how all reclaimed elements are re-used. In fact when architectural waste is separated from the place where it had meaning, there may be opportunities for meaningful transformations of values and expanded significance in new uses and places. It is therefore critical to address waste in a values-based discussion of built heritage.

This paper will examine these questions through the emerging theory, policy, and creative practices that frame the ideas of sustainable and/or values-based heritage conservation. Initial findings about the gaps in policy and theory are illustrated by comparing deconstruction, salvage and bricolage practices and related places of transformation, from the vacated property to the recycling yard/landfill site to new sites. The interest for the field of critical heritage studies lies in the consideration of the ontological basis of how “heritage values” are conceptualized, as hierarchical systems of classification. It also suggests new ways of thinking about materials and place within the discourse of intangible/tangible heritage value. 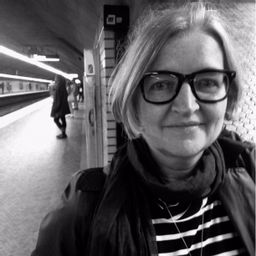