09.20  Making Sense of the Future: Valuing Industrial Heritage in the Anthropocene

This paper will deal with the problem of making sense of the future and how it relates to heritage-making: how are particular images of the future used in the heritage-making processes of today? The relevance of this for critical heritage studies relates to the necessary relation between the past and the future, and a future where the issue of global warming will imply a new context for valuing the past. It has been argued that we now live in the age of Anthropocene, that is, the human-dominated, geological epoch. It is a concept that covers the last 250 years’ immense human impact on the earth, which will question the traditional idea of what heritage is.

This paper is based on several years of research on the relationships between culture and regeneration in a post-industrial region in Norway consisting of industrial towns, Rjukan and Notodden. In this work the facilitation of cultural change through seeing culture as a fourth pillar of sustainable development has been important. These towns gained the World Heritage status in 2015. The example of Rjukan is interesting because it illustrates the ideologies involved in the construction of place-heritage through the narratives of the development of the town.

The first narrative tells a story about Rjukan as the cradle of Norway’s industrial adventure, where Rjukan is animated as a place of future and progress. The second depicts the problems in Rjukan associated with deindustrialization and no future. Both narratives have been useful to legitimate and uphold a grand narrative of Norway as a modern, industrial nation. Now that the place has gained the World Heritage status (together with neighbouring town Notodden), we can see that it is confident in a new future.

This paper will deal with the imaginary construction of the future in heritage-making processes and what ideological interests narratives related to place serve in light of a future where global warming is a fact. How to value industrial heritage in Anthropocene and what will the imaginary construction of the future change in heritage processes? The paper will in particular draw upon a new turn toward the meaning of the future in cultural theory. 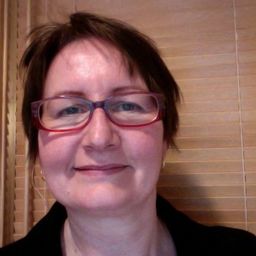