The literature about the relationship between cultural heritage and religion, if not abundant, is indeed fast-growing. In fact, the debate seems to be rather lively at present. While doing my ethnographic fieldworks in the last few years and in two rather different areas, central Italy and Bohemia in the Czech Republic, I have observed on many occasions what could be called the pseudo-religious dimension—or indeed the religious aspects tout court—in the local intangible cultural heritage (whether labelled so by the UNESCO or not). Religiosity—or some sort of religiously-oriented experience—seems in fact to characterize the participation in and the fruition of the events that are the objects of these new heritages (two Carnival festivals, for instance) without the people involved being necessarily religious, and without this type of experience actually being emically considered religious by locals or by external observers.

In the Italian case, this religious dimension has taken the form of an evident process of ritualization and “re-enchantment” that has followed—and so to say crowned—the changes which the local “traditional” Carnival has undergone in the last few decades. These changes need not be presented in any detail here, as they should be easily imaginable by those familiar with the literature about the revitalization of European rural rituals and festivities from the sixties onward. Another feature of this “re-enchantment” has been what I have elsewhere proposed calling “popular Frazerism,” a notion that I will present in this paper.

In the Czech Republic, the magical or pseudo-religious connotation seems to be weaker, although in considering this one should keep in mind not only that this country went through years of discouragement of both folkloric and religious practices, but also that institutional cultural heritage itself as we know it—created either by the national agencies or by the transnational ones like UNESCO—is a rather new fact there. In any case, both this re-emergence of religious or pseudo-religious practices related to older traditions, which I will present in this paper, and the process of heritage-making reflect broader post-socialist changes that will be shortly introduced. It is in this historical framework that we had to put the inscription of the “Masopust” from the region of Hlinsko on the UNESCO List of World Intangible Cultural Heritage in 2010, and it is by taking this framework in due consideration that we can interpret the many and diverse dynamics that the patrimonialization process has triggered.

In this paper, I will therefore present and discuss my ethnographic materials with the purpose of raising theoretical arguments from them, and in so doing make my cases interrelate with other recent interpretations of the interactions between religiosity and cultural heritage. 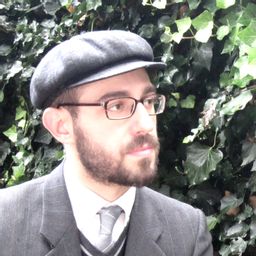