In his socialist science-fiction novel, “News From Nowhere,” William Morris expresses a utopian dream of “radical nostalgia.” Heritage is deployed as a future-past, through which the follies of late nineteenth century imperialism and industrial modernity are cast as a provocation toward building a transformative politics in the present. Such an ambition to build a sense of heritage, which can impel a potent prospective memory of conflict and turmoil, is resonant within the popular imagining of the First World War as “The War to End War,” and the unfolding centennial commemoration of this conflict provides an opportunity to investigate the degree to which such a utopian heritage dream has had critical purchase. This paper will examine some of the key strands of First World War commemorative heritage that seem to provide the critical resources for realizing a transformative heritage of peace and reconciliation. Reviewing some key aspects of heritage in turn—the “lights going out across Europe,” the “poppy,” the “Christmas Day truce,” and the “shot at dawn” military executions—the paper will explore the potentialities—and, conversely, the “tamings”—of critical heritage narratives surrounding the centennial commemoration of the War. 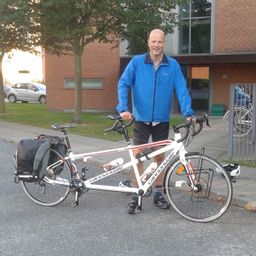