09.00  Through the Eyes of a Child: The Buffer Zone as a Space Revised through Incremental Adaptation

Addressing the theme of everyday life of urban heritage in divided cities, this paper addresses the quotidian life of an important thoroughfare in the divided city of Nicosia through a tripartite theoretical framework that blends critical reflection on established positions, subjective personal experience, and architectural responses to conflict.

Firstly, and mindful of the maturity of the academic discourse surrounding contested cities, the paper begins by acknowledging the broad critical literature that has emerged in recent years, examining charged urban realm such as Ledras/Lokmaci Street. Both the value and limitations of external and academic viewpoints will be acknowledged.

Secondly, the paper presents a critically self-reflective framing of Nicosia as experienced by its children. This examines structures of formal education and informal socialization, for example school textbooks that implant and reinforce narratives of nationalism, and mountainside sculptures that etch propaganda into the landscape. It draws on the co-author’s highly charged experience of the city first as a child and now as an expatriate student of architecture. These experiences are prompted by stimuli that cross political and geographical boundaries, such as the Muslim call to prayer and the smell of freshly baked lokmaçi sweets.

The paper pays particular attention to the architectural and urban manifestation of profoundly human interactions. It focuses on the need of a divided city’s inhabitants to communicate and experience the everyday life of the “other side.” In one example, the line of sight from a deterritorialized family home on the Greek side of the city to its former location across the border is mapped and explored.

Informed by the co-author’s dual perspectives, the paper makes tentative design propositions that critique the totalizing and repairing design methodology exemplified by such proposals as Stitching the Buffer Zone. Inspired by Aldo van Eyck’s temporary adaptation of abandoned urban sites as spaces of play, the third and most propositional part of this paper discusses the co-author’s design proposals for the UN Buffer Zone. It investigates the need for a tentative design process through which citizens can form a space of their own and establish a subjective “sense of place.” These proposals, which address the dead zone not as a charged site of political conflict nor as a tabula rasa for repair-through-design, envisage anchor schools in both sides of the city that are connected by a dispersed web of play spaces.

The auto-ethnographic approach of the paper triangulates itself against a rich field of literature and seeks to present a unique critical and personal perspective that has been informed not only by the personal experience of a childhood in Nicosia but also an expatriate architectural education. In revisiting Nicosia through the eyes of a child, the paper develops an alternative methodology for approaching abandoned and contested territories within post-conflict cities. 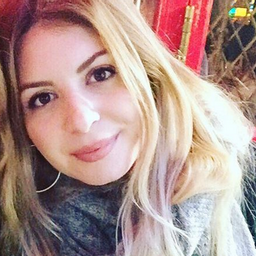