11.00  Moving History and History in the Making: A Contrasting Comparison on Heritage and Memory Culture in Southern Africa

“Thank God they have taken him off. It reminds me of the colonial past.” (Interview excerpt)

These were the words that expressed the grievance as well as the anger of one of my interview partners during my first fieldwork in Namibia, from October 2013 to March 2014. A heated controversy surrounded the equestrian statue of Windoek, after the government decided in a top-down process to move—and ban—the so-called German “Reiterdenkmal“ to the backyard of Namibia’s public sphere, thereby not only decolonizing a contested space in Windhoek’s historical city centre, but also provoking ambiguous reactions on an ambiguous relict of the colonial time. In the very centre of those emotionally charged and polyphone reactions, one crucial question came to the surface: how to come to terms with the legacies of colonialism and later Apartheid in a young nation-state whose ruling elite constantly tried to remain silent and conciliatory on the mental and physical atrocities as well as the traumas of an ever-present past?

“It’s time to educate the black child“ (Student announcement in the Senate House at the University of the Witwatersrand, in Johannesburg, October 28, 2015)

One year later; a new, but not distant cultural context: South Africa. Starting as a visiting researcher at the University of Witwatersrand in Johannesburg, I witnessed, accompanied, and analyzed from day one the latest student protests on tremendous fee increments. What began at the epicentre of student politics at Witwatersrand spread like wildfire and shattered the country. A single protest movement transformed into a countrywide student opposition against financial exclusion and challenged the national government in a political bottom-up approach to take their demands seriously. The students at Witwatersrand responded to the inherited, persisting socio-economic inequalities of the Apartheid and the inability of the ANC to overcome those in society as a whole, by performing and using reminiscences of the ANC’s liberation struggle: re-staging the cultural heritage of black consciousness and resistance, but fighting for a multicultural society.

What connects both plots is the instrumentalization and appropriation of heritage as a resource to foster a better future by criticizing and decolonizing symbolically a past that extends into the contemporary world. A past that violated the dignity of the black majorities of both countries and still frames their lives in a post-Apartheid setting.

With regard to the question “What does Heritage change?,” I would like to draw attention to three crucial dimensions that are inherent to the outlined structural comparison:

1.) Heritage catalyzes discourses and breaks the silence about a traumatic past.

2.) Heritage frames, if not provides a language of protest and empowerment.

3.) Heritage serves as an external memory, a storage of knowledge that can be translated into social interactions and used as a base to formulate legitimate demands.

In addition to a variety of interdisciplinary studies that analyzed the mechanisms of commodifying and advertising the past as a core product of today’s tourism industry, I would like to introduce the idea of “vital heritage.” Vital insofar as it affects societies as a whole and re-vitalizes discourses on a negotiable past, but also vital, because it is embedded in the lifeworlds of Namibian and South African citizens and thereby opposes formalized, commercialized, and often as marginal perceived landmarks.

Apart from those authorized heritage discourses, this paper seeks to explore alternative notions and practices of Heritage and thereby tries to contribute to a wider understanding of it. 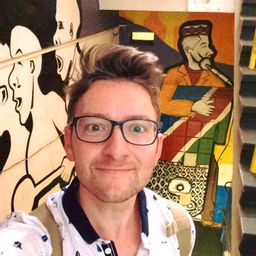