14.30  Please Fill the Gap: Industrial Heritage as a Tool for Dealing with Structural Change?

What is the cultural significance of structural change? How have individuals and entire communities reinterpreted the process of deindustrialization through different memory processes? What is the role of culture in the course of this process? Not only the former industrial workers themselves, their children and grandchildren, but also people from the outside react to the phenomenon despite deindustrialization being only partially based in their own memory, if at all. But how exactly do they react to it? To what extent do the inhabitants of a region construct stories and memories of industrial work and the process of deindustrialization via cultural representations such as photography, literature, personal narratives, and exhibitions to fill the gap that is left? What replaces the industrial?

In this paper I will seek to analyze different approaches of processing and filling the void, both literally and figuratively. As a tangible evidence of structural change, industrial heritage sites play a special role. Expansive industrial areas were rendered obsolete and entire building complexes fell into decay. With the new social history of the 1970s, a method was found for the revitalization and conversion of certain industrial monuments into industrial museums to tell the history of the workers and their everyday culture in the sense of a “history from below” at original locations. Other cultural interpretations of structural change can be found in the work of cultural initiatives, in photography, and the intangible heritage, such as oral traditions, music, and literature, which have formed concepts that have entered popular culture, for example “smokestack nostalgia,” “ruin porn,” or “rust belt chic.”

I am interested in examining the space between the two poles of top-down (such as master narratives often found in regional or national museums) and bottom-up narratives (as found in cultural initiatives) of tangible and intangible industrial heritage in deindustrialized and deindustrializing spaces. I will look at case studies from different regions in order to analyze how their different methods of handling structural change and its legacies have affected society. The research aims at contributing to a wider critical account of the role of cultural approaches to interpreting industrial change. 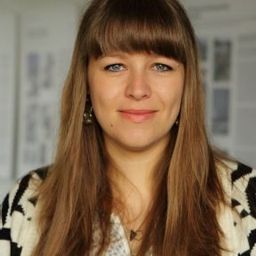