09.20  Fashion and Anti-Fashion along the Rann

In 2001 a massive earthquake devastated Kutch, the largest district in the Indian state of Gujarat. Beyond the incomprehensible loss of life and property, the impact on the cultural heritage of the region was, and continues to be profound. Following the earthquake, the state Government has sought, with increasing enthusiasm, to “develop” the region, introducing schemes to attract investment—in particular large manufacturers of cement, power, auto parts, and chemicals. Another prong involves developing Kutch’s cultural resources—its rich and varied folk culture as well as its built and natural heritage—specifically for tourism. To this end, in 2006 Rann Utsav was introduced. A six-week festival perched on the edge of the Great Rann of Kutch, it celebrates Kutch and local culture with exhibitions, performances, a craft market, and organized excursions into the Rann and surrounding villages. Rann Utsav, has proven a boon for many locals, offering lucrative employment and business opportunities where few existed. However, for women, the festival is problematic—particularly for the many Muslim women who live closest to the site.

A mere three kilometres from the festival site is the village Dhordo—site of my on-going research into local embroidery traditions. This paper will examine the ethnographic evidence of changing fashions among women of the Mutwa clan of Dhordo village. It will propose that the changes to their dress began at least as early as the 1950s and in response to a variety of economic and environmental stimuli as well as Islamic reform. These have teased apart the intimate connections between women’s bodies, dress, and domestic spaces effectively freeing embroidery to circulate in markets beyond the village including the popular craft market associated with the festival. The festival is influencing Mutwa women’s dress not only through the intense public gaze it directs, but by provoking a new sense of identity and Pan-Islamic allegiance.

This paper seeks to contribute to discussions of social identity and change in Western India, as well as discussions of postcolonial museums in India, dress as heritage and identity. 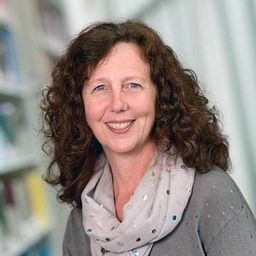