09.00  The Gateway to Russian Memory Politics, Materiality and Collective Identities: The Lutheran Swedish Church of St. Catherine in St. Petersburg

St. Catherine’s Church, located on a side street to Nevsky Prospekt in St. Petersburg, is a property of great interest for the relations between Sweden, Finland, and Russia and belongs to the church-related heritage of western European offspring in St. Petersburg. The church functioned as an obvious focal point for the Swedish congregation in St. Petersburg from 1700 until 1917. After the Russian Revolution, the church’s work was maintained on the premises until 1936, albeit with great difficulty until the church building was assigned to the city of Leningrad. The lower part was then transformed into a sports hall and the upper part comprised a smaller room for various meetings.

The aim of this paper is to discuss St. Catherine’s Church as a tangible heritage for those who, today, use the building as their spiritual home and how that relates to the memory of a lost past in view of especially Sweden and Finland. By taking our point of departure in this empirical case we will be able to identify this ecclesiastical heritage’s role in the process of religious and social change in the Russian society. Further, we will be able to unveil socio-spatial aspects of the dynamics of religious, ethnic, and national identity-formation related to religious heritage.

In the 1990s after the collapse of the Soviet Union different groups started to put claims on St. Petersburg. The city became accessible to westerners in a way it had not been for a long time and especially the remaining buildings that once had been the religious homes for German, Finnish, and Swedish Lutherans, Dutch Reformed, as well as Anglicans began to draw attention. Collective memories and tangible remains were brought together in buildings and in the surroundings. Cultural layers overlapped each other, collective memories were mediated, and people reactivated stories and claimed participation in the sequence of events that took place.

Against this background this paper discusses the relationship between a place, the ascribed meaning of it, and the function it receives. Both St. Catherine’s Church and the congregation that has administered the building since the 1990s have served as a symbolic and a practical arena for various actors in St. Petersburg and actors from the countries who has claimed that they belong to and administer the congregation. Historically the church building has served as a parish centre, a place for worship, a sports hall, while at the same time constituting a spatial anchor point for various collective—and sometimes competing—religious and national identities.

During the early 2000s St. Catherine’s Church was in the centre of a tug of war between Sweden and Russia when the Russian president, Vladimir Putin, and the Swedish prime minister, Göran Persson, discussed the issue of St. Catherine’s Church. The Swedish PM wanted the church building returned to its, in his eyes, rightful owner—the Church of Sweden. He stressed the willingness from the Swedish side to refurbish the building, which could coincide with St. Petersburg’s 300th anniversary and become a concrete Swedish contribution to the beautification of the city. A positive reaction to this proposal was obtained from Putin, but nothing was submitted to Sweden in connection with the anniversary. And today when the Swedish Lutheran Congregation in St. Petersburg has regained access to their church, no refurbishment has been paid for by the Swedish government.

Theoretically, the paper is built on the connection between collective memories, identities, and materiality. Thoughts and experiences are combined from the Nordic research field in history didactics (commonly called the use of history research); the international field of “cultural memory studies”; and the theoretical perspective often referred to as “the spatial turn.” 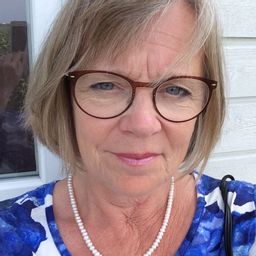