In April 2011, in the middle of an election campaign, the then prime minister (and current president) of Turkey, Recep Tayyip Erdogan, announced “Kanal Istanbul,” an artificial canal to be dug between the Black Sea and the Marmara Sea, parallel to the west of the natural straight, the Bosphorus, that already connects these two seas. Announced as a “crazy” project, the audacity of this project was a key pillar of the successful election campaign. The awe-inspiring project received heated coverage: the primary criticism was that it would be a mere means of real-estate speculation, of opening up the ecologically precious northern forests and western agricultural lands of the city to real estate development. Its environmental impacts were most disconcerting. Another view argued that Istanbul did not need a maritime transportation canal to be constructed as an alternative to the Bosphorus Strait; the cost of the project would not match its returns, potentially leading to an economic and political crisis. In contrast, pro-government popular historians and writers have tried to legitimize the project, arguing that the idea originates from the reign of Ottoman Sultan Süleyman the Magnificent about three hundred and fifty years ago—the Golden Age of the Empire to which Erdogan and his government alludes and aspires in its visions of grandeur and international influence.

Prior scholarly interpretations and discussions of the project have focused on the project’s economic and environmental impact as an infrastructural project alone; this paper will expand on these perspectives by studying how it is legitimized as well as resisted as a political project. Based on an analysis of the 2011-election-era posters, speeches, and press releases, post-election media and scholarly coverage of the project, as well as projects of resistance—e.g. Serkan Taycan’s “Between Two Seas,” an artistic mapping-walking project produced for the thirteenth Istanbul Biennial—the paper will argue that Kanal Istanbul seeks to imagine the future of the city by improvising on the city’s past symbolically by re-drawing that past, as a new Bosphorus, on territory deemed empty. Thus, in addition to being discussed as a major infrastructural project, Kanal Istanbul can be considered as a “new built heritage” project—the most impressive in a line of such projects the government has engaged in (See, Türeli on Miniaturk and the 1453 Panorama): Erdogan has pioneered a politics based on an urbanism of images—images legitimized by their reference to the past. In addition to being a major infrastructural project, Kanal Istanbul is a key symbolic project, significant to understanding this particular politics. 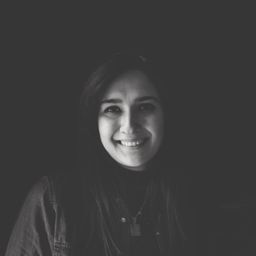