11.30  When Citizens Are Involved in Heritage: A Case Study in Laon (France)

As a member of a research group, I investigate the role of associations and scholarly societies in the construction and the promotion of heritage in Picardie (France). I therefore will present an overview of the citizens’ heritage movement in Laon, the administrative centre of the Aisne department. The city counts twenty-three historical and/or heritage associations, and two scholarly societies. Based on an eight-month ethnographic fieldwork conducted in this city, this paper will address the following question: Does the citizens’ heritage movement contribute the development and the sustainability of a heritage democracy? The notion of heritage democracy could be defined as the sustainable involvement of growing and increasingly diverse number of actors on the heritage stage. Moreover, these actors experience an increasing number of objects defined as heritage, and they develop a specific expertise about the element(s) of heritage with which they engage.

After having described the citizen’s heritage movement in Laon, its history, and its various trends, I will first address the following issue related to heritage democracy: Who are the citizens involved in this movement and to what elements of heritage do they pay attention? I will underline that the citizens’ heritage movement in Laon gathers people with various backgrounds. They get involved in the movement to various degrees and for different reasons. They also bring specific assets for the success and the sustainability of the movement (knowledge, networks, technical know-how, financial contribution, etc.).

Sustainability is another issue of heritage democracy. Since many associations have a limited lifespan, how do citizens make the heritage movement last in time? What are the actions they develop? How do they make these actions and their results visible in the public arena? What are their relationships with heritage and political authorities? How does the wider population react to their actions? While answering these questions, I will show how heritage associations have to find a balance between their independence from political and heritage authorities on the one hand, and their institutionalization through a partnership with an administrative institution or a university on the other hand. The institutionalization of a citizen heritage movement carries risks as well as benefits indeed. On the one hand, institutionalization might help the movement become long-lasting, while on the other hand ordinary citizens might find themselves evicted and replaced by professional experts through the process.

The last issue related to heritage democracy I will address points to the expertise that citizens develop through their engagement with heritage. I define the notion of expertise as “the ability to speak on behalf of” and to be recognized as able to do so. Professional experts often see citizens as not knowledgeable, not able, and in short, not expert enough. However, citizens do raise their voices and make claims about their expertise. Two conflicts in Laon will illustrate the importance of citizens’ expertise on the heritage stage. I will show that the legitimacy of their expertise however highly depends upon social and/or symbolic capital.

To conclude, I will contend that citizens’ heritage movements change the heritage stage. As a consequence, their presence has to be taken into account when investigating a specific heritage stage. Nevertheless, the nature and scope of their contribution to heritage democracy remains an open question: do these citizens match specific profiles in terms of family or educational backgrounds? Do short-lived associations contribute to major changes? What do heritage professionals think about citizens’ expertise? 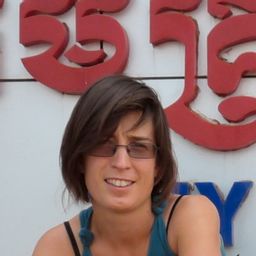