10.00  Imported Definitions for Heritage: Development of the Western Idea of Heritage in Turkey since the 1960s

The strong dominance of European architects in the Turkey Republic, both in academia and professional practice, started in the early decades of the Republic itself (founded in 1923), and continued until the 1960s. Foreign architects were invited to Turkey during the late 1920s and 1930s in order to create a new architectural language for the new secular modern state. In the following decade, they were challenged by their local contemporaries. Architects in Turkey had been in quest of a new architectural style that would merge the modernist language of the state-run projects (“international style” as referred in Turkish sources) with the elements of traditional architecture.

The idea of “heritage” was also adopted in a similar fashion. Archaeology, museums, universities, and institutional and legislative reforms have been the tools to develop the concept of heritage. Archaeological research campaigns in Anatolia had already been carried out by mostly European foreign teams in the nineteenth century with the Westernization efforts of the Ottoman Empire. These campaigns were continued even more intensively during the Republican Period. To avoid the mistakes of their Ottoman predecessors and to keep the findings inside Turkey’s boundaries, the young Republic has been more cautious, but limited sources and limited knowledge have enforced the corporation with Western institutes and teams. This collaboration did not only ease the way of archaeological findings to the European and oversea museums, but also the “idea of heritage” has been imported as it is defined in the European context. As the foreign research teams have carried archaeological excavations, professors acted as the head of these teams and taught in the most prestigious universities of Turkey as well. In the 1960s their teachings led to the establishment of the Conservation departments within the architectural faculties of these universities. In a way, European discussions of the postwar era on “conservation” have been adapted to the Turkish context. The institutionalization has been in accordance with that definition of “heritage” as well as the tools to manage it.

Unlike the architectural language of the new modern Republic (and its use in creating the new state), which has been widely studied, the West-influenced understanding of heritage and its use by the state have been less thoroughly discussed. Aiming at fulfilling this gap, this research is divided into two parts. The first will explain how “heritage” has been defined in Turkey. What role have the European architects played in the development of the idea of heritage? Focusing on the case of Paolo Verzone (1902-1986), the paper will contextualize the development of the idea of heritage in Turkey. Verzone, who was trained as a civil engineer, then became the head of the Styles of Architecture and Restoration of Monuments Department in Politecnico di Torino; he started teaching in Istanbul Technical University (ITU) in 1952. His courses formed the basis for the establishment of the Conservation Department in the ITU Architectural Faculty. He also led the Hierapolis excavations (southern Turkey) between 1957 and 1978. Through Verzone, it is possible to trace the history of the heritage policies of Turkey. We can understand Turkey’s need to define “heritage,” and the legal basis of conserving it. The institutionalization and legislation followed a mind shift similar to the change in the definition of heritage.

In the second part, the scholarly and public reactions to the above-mentioned Western-influenced understanding of heritage will be discussed. Did a community that would oppose the European teaching of the idea of conservation exist? How was this reaction reflected in built environment? As had happened for the architectural style discussions during the first decades of the Republic, was there a query for a national definition of Heritage?

Focusing on the Turkey context from the 1960s onward, how is heritage defined in a society, who defines it, for whom is it defined, and which tools are used? This research will also show how various communities may react to heritage as it is defined by the predominant power structures. 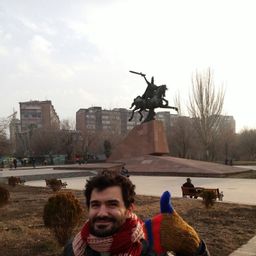