As the site of the first shots fired in the America Civil War (with 2015 marking the 150th anniversary of the war’s end) and, more recently, the June 2015 murder of nine African-American citizens in prayer at the Emanuel African Methodist Episcopal Church by a Confederate-symbol-wearing, white-supremacist assassin, Charleston, South Carolina is, in some respects, a kind of historical ground zero for questions of heritage, violence, and victimization in American racial politics. As a former slave regime, Charleston and the Carolina Low Country are today post-colonial spaces struggling to make sense of the injustices of the past, rooted in slavery, Jim Crow segregation, and the violence of the present. Charleston’s heritage shapes the stories that are told there and the voices that are heard and not heard as the society stumbles toward justice.

For nearly a century, Charleston’s heritage imaginary has been framed by almost exclusively by impeccably preserved planter mansions that popularize a highly selective conception of the region’s slave past—one that favors elite white claims to harmonious race relations and undermines black claims to victimization under enslavement and post-emancipation regimes. In the past seven years, however, many in Charleston’s institutional and local community have worked to transform the dominant heritage imaginary into a more complex space where the ugliness and violence of the past (and present) are central.

Drawing on post-colonial theories of cultural hybridity—or what Edward Said described as “all cultures are involved in one another: none is single and pure, all are hybrid, heterogeneous, extraordinarily differentiated, and unmonolithic”—this paper will examine how artifacts, spaces, and images produce knowledge about race, heritage, and citizenship, which in turn structure systems of power and the possibility of change in Charleston, SC. How has hybridic heritage work been an agent of change in reshaping the city’s physical environment, public identity, and socio-political racial relations? What new knowledge about race, citizenship, and place has heritage work produced and what kinds of backlash and contestations have occurred to challenge these evolving cultural expressions?

As a response to these queries, this paper will offer an analysis of four recent radical interventions in the public heritage landscape in Charleston: the Old Slave Mart Museum, the Prop Master exhibit a the Gibbes Museum of Art, and the unveiling of two commemorative statues; one to Denmark Vesey and another to federal Judge Waties Waring. The 2007 opening, under city auspices, of the Old Slave Mart Museum, located in an antebellum slave auction house, forcefully declared Charleston as a commercial centre of the buying and selling of enslaved human beings, thus challenging dominant narratives of the alleged paternalism of slavery through the example of the slave pen. In February 2014, a large statue acknowledging Denmark Vesey—a former slave who bought his freedom, preached liberation and lead a failed slave revolt of 1822 for which he and many of his compatriots were executed—was erected in a city park. Making room for Vesey in Charleston’s memorial landscape opened up controversial but necessary heritage conversations about the role of violence in racially oppressive regimes—was he a terrorist or a freedom fighter? That same year, a statue to Judge Waties Waring, descendant of slave-owners and Confederate soldiers who ruled against racial segregation in 1946 only to become an outcast in elite white social circles, further enhanced those public conversations about civil rights heroes of the past. Finally, in the 2009 exhibit Prop Master, a white and black artist were given free reign in the local art museum’s collections to literally recombine images of slaves and planters to emphasis hybridity and shared history and “to hold up a mirror to the museum and the community it serves.” Their installation of reworked objects and artifacts presented a searing critique of the museum’s (and white Charleston’s) historical connections to and maintenance of racial and gender subordination – and how, in the artists’ words, “everybody in this society was traumatized” by its history.

Operating within the larger context of the Emanuel AME Church murders and ongoing debates over the presence of the Confederate flag in the public sphere, these interventions open up valuable dialogue about the role of heritage work in untangling the web of racism, violence, and power in the contemporary United States. Together, these public history endeavors reveal how heritage narratives can be reconstructed to emphasize the shared authority of multiple, and often contesting, stakeholders, and thus become vehicles for cultivating social justice, reconciliation, and citizenship. 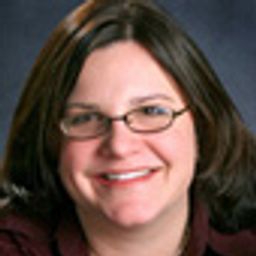