12.00  A History of Violence: The Heritage Management of Ebrington Barracks (Derry/Londonderry)

The photographic evidence of life in Northern Ireland/the north of Ireland from 1969 to 1998 depicts the material culture of conflict: check points, watchtowers, and barricades. One of the conditions of the 1998 Good Friday/Belfast Peace Agreement was the normalization of security arrangements in Northern Ireland that led to the decommissioning, or closure, of former security sites. Both in the repurposing and reconceptualization of these spaces of political violence, there has been a complex and contradictory strategy with regard to heritage management. Unlike other post-conflict and transitional societies, Northern Ireland has not utilized the mechanism of the memorial museum as a platform for dialogue in addressing the history of civil conflict. The State’s heritage management policy, in the rhetoric and practice of redevelopment, centres on the dual aims of economic regeneration and reconciliation. However, in regard to conflict transformation, these spaces have proven to be as much political liability as political opportunity for the State. This has led to an unofficial practice of realizing their potential for reconciliation through short-term forms of remembrance and engagement that are most often developed and implemented by the cultural sector, frequently as site-specific or site-responsive theatrical productions. How do such policies impact on the discursive system of cultural memory and historical narrative? How do these strategies relate to broader tropes in contemporary cultural policy (i.e. the shift from an intrinsic to instrumental value of culture)?

One compelling example to answer these questions is Ebrington Barracks in Derry/Londonderry. Having been transferred under the policy initiative Reinvestment and Reform (2002) to the Office of the First Minister and Deputy First Minister and governed by the Ilex Development Corporation, this twenty-six-acre site on the river Foyle has a celebrated and divisive history irrevocably linked to violence; ranging from 1689 (as the staging ground for James II bombardment of Derry/Londonderry) through to the Troubles (as the command centre for the British Army during Bloody Sunday).

Using Ebrington Barracks as a case study, this paper will explore two theatrical productions staged on the grounds: the site-specific “Still, the Blackbird Sings” (2010) produced by Derry Playhouse and the state-funded and site-responsive “Conquest of Happiness” (2013) produced by Prime Cut. Drawing on original qualitative research with creative practitioners and administrators working on the site, this paper will examine the role of cultural production in the complex dynamics of remembrance and reconciliation in a deeply divided society. 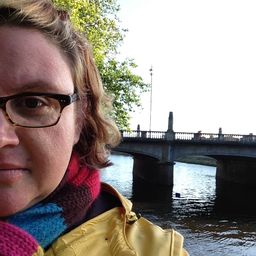