“Private clubs and mansions...could [be] interpreted in terms of the masons’ and carpenters’ skills in constructing them, and the maids’ and gardeners’ skills in maintaining them, to supply...urban working-class urban history.” —Dolores Hayden

In 1974, photographer Charles Campbell Gurd (b. 1950) visited fifteen homes in the Golden Square Mile district of Montreal, taking pictures of “the houses, the grounds, details of doors and windows...rooms, groupings of furniture...and in most cases the people living there.” The most remarkable thing about Gurd’s initiative was not the resulting four thousand images, nor that Gurd succeeded in gaining access to so many private houses for such a comprehensive survey, but rather that most of the houses he documented have now vanished without any trace but these photographs.

This paper will explore the Gurd series, “Montreal Mansions,” as a way of entering into the relationship between photography, architecture, and heritage practice in this city. Like other photographers of the early 1970s, such as Clara Gutsche, Gabor Szilasi, and David Miller, Gurd was preoccupied with a swiftly-changing urban landscape. Montreal, then in the thrall of modernism, was asserting a new urban identity in response to the Quiet Revolution and the growing separatist movement. The mansions of the Golden Square Mile were a particular target for both forces. Like his contemporaries, Gurd was keenly aware of ongoing and imminent change; in a letter to the Canada Council of August 1974, Gurd notes that ten of the fifteen houses he has photographed are either “empty,” “to be destroyed” or “to be sold.” The sense of the precarity of his majestic subject is palpable. The Golden Square Mile was located north and west of the central business district of Montreal, and was once a stronghold of mercantile wealth not only in this city but in Canada as a whole. In the last thirty years of the nineteenth century, Scottish immigrants and their families, who had made their fortunes in the railway, shipping, and fur industries, as well as the financial markets, built grand houses in a remarkable variety of styles, with the finest materials. Following the shift in the national economy from Montreal to Toronto during WWI, and likewise a significant shift in architectural tastes, the neighbourhood went into sharp decline after the start of the Great Depression. Between the end of WWII and the early 1980s, two-thirds of the mansions in this small part of Montreal were demolished, where once 70% of Canada’s wealth had been concentrated. The loss of buildings by such important Canadian architects as Robert Findlay, Edward and William Maxwell, and Percy Nobbs is widely agreed to be a turning point, leading to the founding of a concerted—and eventually powerful—heritage movement in this city. The role of photography in this turning point has yet to be considered in the history of heritage discourse and practice in Montreal.

My paper will suggest some connections in this regard, but will focus on what the Gurd photographs might be argued to do, as visual accounts of a very precise moment in the neighbourhood’s transition. Gurd took his photographs at the height of separatist tensions and less than a year following the controversial demolition of the jewel in the crown of the Golden Square Mile, the Van Horne house. His images certainly represent the twilight of the district, and convey the powerful design culture of the late nineteenth century, steeped in Arts and Crafts material wares and luxurious craftsmanship. But the images also show sagging couches and frayed glamour of a different generation of occupants. Of particular interest are the images of staff that are mixed in with many interior views that have come to dominate the series of three hundred negatives, which Gurd selected from the original four thousand images. Here an aged butler stands at his hallway post, tidy but tie-less; there a cook rests in her not-so-modern kitchen. What these images of staff accomplish, alongside the views of sumptuous if slightly decayed wealth, is akin to the sort of heritage strategy that Dolores Hayden argued for in her 1996 book, The Power of Place, by which the homes of the elite could be used to explore the history and heritage of the working people who cared for and maintained these living spaces. Gurd’s photographs offer a trace of such relationships as part of a lesser-told story of the loss of the Golden Square Mile, and thus provide an important nuance to the now dominant discourse of how the demolition of elite architectural culture spawned a popular heritage movement in the city of Montreal. 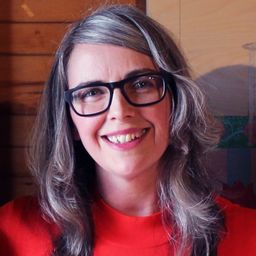