13.30  Heritage Creep in Myanmar: A Problem of Translation and Subsumption

Only in 2014 did Myanmar receive its first World Heritage inscription. But for several years now, “heritage” has been a key word of the social transformation often considered an “opening up” of a long-isolationist country: increasingly, in what can be called “heritage creep,” it supersedes cognate terms like culture/cultural, archaeological, or tradition. Even earlier, it was already one of the main “social objectives” of the military government of the 1990s to preserve “national character and cultural heritage.”

The idea of “heritage” resonates with vernacular notions of change, identity, action, preservation, merit, and others, and these associations help people and institutions to position themselves in a time when the future is uncertain, but at least appears more malleable than before. While the global resonance of the heritage terminology is increasingly appreciated on the ground, and numerous actors use the notion strategically to frame their political efforts, this trend has thus to be seen as more than just an attempt to catch up with transnational discourses and to gain recognition in the eyes of the world.

Case studies from ongoing fieldwork reveal that this current preoccupation with anchoring the present in the past is hardly a coherent and consistent movement, but rather a mess of meaning-making. Central empirical fields are the conservation of the colonial architecture in Yangon, the commemoration of General Aung San (as the hero of independence), and the utopian claim of the pre-colonial harmony between the various so-called “national races.”

Focusing attention on the complex semantics of vernacular terms used in these fields, and their rather different cultural and religious (i.e., Buddhist) implications, allows some insight into the question of what “heritage” changes in Myanmar: I suggest that the increasing use of the English notion causes a subsumption of formerly separate political projects under the same umbrella. Differences thus exist not only between a global AHD and an alternative found in some putative monolithic national heritage regime: differences are intrinsic to the nascent and emergent societal conversation about where the country is to go from here, with due reference to its past, and the convergence of differently charged understandings of heritage has hardly begun.

This paper will explore the problem of translation by considering heritage in Myanmar as a polyvalent and fundamentally rhetorical "boundary object" that mediates not only between various national heritage projects and equally heterogeneous transnational actors and audiences, but also helps establish a new common ground between various intra-Myanmar agendas. 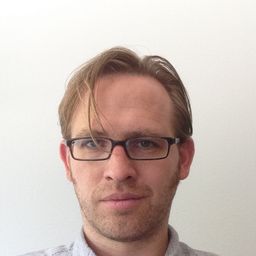