11.00  Living in a Historic House: Meeting the "Other" through Heritage

This paper will deal with how the residential urban heritage of religious minorities in Istanbul is being re-used and modified—while at the same time reinstated in terms of identity—by their new non-minority inheritors who, in turn, are affected by these houses.

Conserving minority architectural heritage in Turkey involves dealing with negative heritage. Because of the painful experiences of the past, discriminatory policies, and the fear of losing the remaining little they have managed to hold on to, the non-Muslim minorities have grown increasingly silent, and reluctant to speak about the problems they have faced. The urban architectural heritage belonging to these minorities is even more silent than the people, since buildings do not remember; they are only imbued with cultural meaning. What they do is to store information about the past, and when an individual comes into contact with these buildings, they may trigger memories, emotions and questions.

The current mindset that alienates the ancient peoples of Turkey and refuses to see them as equal citizens must be questioned at all times. However, negative heritage is an extremely political as well as fragile issue, and can be explained with the prevailing tradition of writing history with a nationalist discourse. There is still the tendency to consider the non-Muslims as an exception to the history rather than an integral part of it.

I am interested in how such heritage (specifically, the architectural heritage), can be seen as a valuable asset to new generations raised in this political climate. That is why my approach to minority architectural heritage conservation aims to contribute to raising awareness of local histories, which in the long run will facilitate the dialogue between various cultures, religions and beliefs.

This paper will present new research conducted in the dense urban fabric of Istanbul, in the historic neighbourhood of Fener-Balat, which is home to eighteenth- and nineteenth-century Jewish and Greek houses. The neighbourhood has long lost its original communities, mainly through the forceful and unlawful expulsion of their non-Muslim residents, leaving the buildings derelict for decades. Over the last ten years, these houses, (classified as historic heritage) have been bought by middle-class, non-minority citizens who like the idea of living in a historic “Greek” or “Jewish” home, though they have no connection to these minorities. These houses have interior plans and features (such as carved wall paintings, timber ceilings, wall niches, high entrance halls, cisterns), which are unlike any modern-day house. Although the new owners decorate the interiors to their own taste, these houses and their features are very influential in the design decisions. Further, the houses with their embedded memory and traces of the past induce a certain “nostalgia,” making their new owners question the prevailing nationalist history-writing of their country.

This research will analyze the transformation of “negative heritage” into a revitalized urban artifact demonstrating the cultural, cosmopolitan richness of a city, and how their new owners “inherit” these artifacts. This heritage changes the new owners who come to embrace these structures as their own, regardless of the ethnic or religious community that built them. 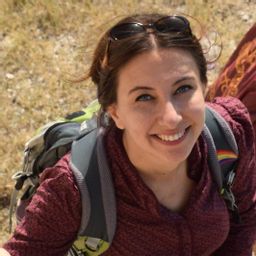