Built cultural heritage was at the centre of the Kosovo conflict of the 1990s, symbolizing either Serbian or Albanian ethnicity. As they had become heavily politicized, Orthodox churches, mosques and historic dwellings became targets for attacks before, during and after the Kosovo War, 1998-99. That the war ended did not mean that the destruction of buildings stopped. In 2004, violence broke out again and was aimed against the Serbian minority and its cultural heritage. Furthermore, there has been extensive demolition of historic buildings after the war due to unchecked urban development.

This paper will aim to examine the uses of cultural heritage for development purposes, using Kosovo and the involvement of the Swedish NGO Cultural Heritage without Borders (CHwB) during the years 2000–2008. The paper is primarily based on interviews with key persons involved in CHwB work in Kosovo, archive materials and publications.

During the process of rebuilding villages and cities in Kosovo after war, international organizations became involved in the political instrumentalization of cultural heritage regardless of whether they wished it or not. CHwB was already working in the area when the 2004 violence broke out. While the Ottoman Hadum mosque in Gjakova was being restored, the most important Orthodox church in town was burned and razed. Gjakova, as well as other towns and villages in Kosovo, were subject to ethnical cleansing.

Reconstruction processes using cultural heritage for development and reconciliation can thus take place simultaneously with acts of iconoclasm and ethnical cleansing. Cultural heritage remains ethnically defined in Kosovo, while CHwB has worked to promote it as a "common value for all." This makes it highly relevant to reflect on what constitutes the driving forces behind "reconstruction processes" in areas ridden by conflict. CHwB continued to work in Kosovo and by 2008 the organization had restored seventeen monuments, drafted conservation plans for five historic zones and established an office in Kosovo, which had become a centre for expertise on cultural heritage. 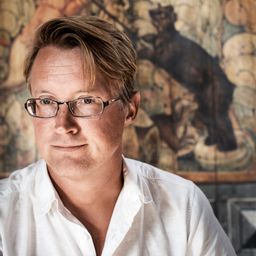