Montreal is just over a year away from celebrating the fifty-year anniversary of Expo 67, the world’s fair held in Montreal during the summer of 1967. Throughout the intervening years, this event has remained a focal point for the city’s evolving identity, even while images of Expo 67’s futuristic cityscape have continued to circulate. Since only a few striking architectural and sculptural fragments of Expo 67 have survived in material form, such photographic images play a crucial role in mnemonic terms—whether this means individual acts of nostalgic identification or more collective investments in heritage. The emergence of digital image-sharing sites over the last ten years or so has certainly resulted in reams of new imagery entering the public realm, as individuals post their own (or inherited) cache of snapshots, slides, and amateur film footage, as well as personal collections of souvenirs.

Alongside this expanding and ad-hoc image-bank, a number of contemporary artists have responded to the pictorial and mnemonic legacy of Expo 67: Simon Hughes, Andrew Harwood, Myriam Yates, Rupert Bottenberg, Thomas Demand, amongst others, resulting in works of various media including sculptures, sound installations, comix, and paintings. This paper will examine this widespread impulse to revisit Expo 67 by recycling its photographic legacy, while focusing on two artworks in particular that have explored the question of historical value with aesthetic complexity. Jacqueline Hoang Nguyen’s “Space Fiction and the Archives,” 2012, consisting of a film and installation, incorporates Expo 67 material into a fantastical counter-narrative about Canadian identity, immigration, and the search for outer-space aliens in 1967. The experimental filmmaker Philip Hoffman’s “By the Time we got to Expo,” 2015, features material taken from documentary and educational sources, that has been manipulated and strategically distorted. For Nguyen and Hoffman, the remains of Expo 67 are apparently still capable of generating new narratives. Both these projects approach the historicity of Expo 67 obliquely, raising questions about how we connect to the past, how it becomes meaningful, and more specifically, the role played by images in the construction of Montreal’s heritage. 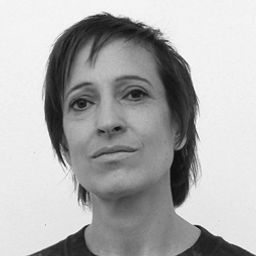