Architectural analysis and adaptive reuse potential of silos in Haydarpaşa

What:
Paper
Part of:
Uses of industrial heritage: cases in transformation II
When:
12:00 PM, Wednesday 31 Aug 2022 (20 minutes)
Where:
UQAM, pavillon J.-A. De Sève (DS) - DS-1520
How:
Haydarpaşa Train Station has gained a solid place in the urban/national memory as one of the gates of the city of Istanbul throughout the last period of the Ottoman Empire as well as the history of the Turkish Republic. On the other hand, components such as Haydarpaşa Port that connects the railway to the international trade network, 4 silo buildings that had been built due to the developing commercial potential in the 20th century and Yeldeğirmeni Neighborhood, which was shaped in connection with the construction of industrial facilities illustrate historical, document, architectural, art, technical and rarity values on a regional and national scale. Although Haydarpaşa Train Station is the first building that comes to mind when considering the architectural and cultural heritage of Haydarpaşa region, the entire region represents an urban site consisting of various layers of interconnected components of architectural and industrial heritage symbolizing modernization, industrialization and westernization policies and should be handled in an integral approach. Haydarpaşa Silos, are integral components of a prime node of the regional industrial transportation network associated with the docks on the sea side, the rails, British Cemetery, Power Station and Police Station on the land side, the historical train station together with railway service and maintenance buildings to the south and the port area to the north, even including the breakwater. Within this holistic perspective, the transformation of silo buildings should not be considered independent of its context and urban-scale decisions regarding the area. The silos should be adopted to new functions by evaluating their influence to their overall context and opportunities for mutual interaction within this context. It should be aimed to create a new public focus for Istanbul, where the lack of positive public spaces is under discussion on every ground. Moreover, it should be planned to provide positive urban contribution to neighborhoods such as Yeldeğirmeni District, Kadıköy Square, university buildings and Harem. Apart from a few qualified examples of adaptive reuse of industrial heritage by public educational and cultural functions such as SantralIstanbul, Koç Museum and Kadir Has University; Haydarpaşa Silos, as the long-term witness of the industrial and commercial system of the Republic, are among the few sites that still stands as the material evidence of the industrial character and keeps the potential for urban use in İstanbul. In this article, the urban and spatial qualities of silos will be examined in the light of architectural restoration and conservation principles, and their adaptive reuse potential towards educational / cultural-oriented functions will be discussed within the framework of themes such as context, function, transportation, architecture, landscape and building. The ideas expressed here will be illustrated by experimental spatial proposals of Istanbul Bilgi University Department of Architecture studio material. The building group consisting of 4 adjacent silo buildings on 5.000 m2 area with varying heights of up to 40 meters, is in a very special location on the Bosporus waterfront, particularly when the potentials for the connection with the urban transportation networks and the dominant effect on the sea silhouette are considered. The building group, whose gigantic scale demonstrates a monumentality together with the effect of the large surrounding open spaces, with its unique vertical and cellular volumes, underground spaces and large roof terraces, offers unique spatial experience opportunities for contemporary architectural adaptive reuse design observed in examples such as Ricardo Bofill's La Fabrika, Herzog de Meuron's Museum Küppersmühle and Thomas Heatherwick's MOCAA. 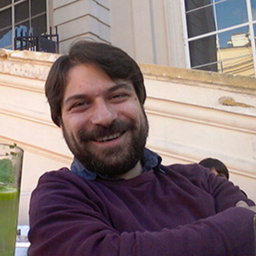