Religion as Heritage - Heritage as Religion?

Thèmes:
Changes in Heritage (New Manifestations)Notions of HeritageReligious Heritage
Quoi:
Regular session
Quand:
11:00, samedi 4 juin 2016 (6 heures)
Où:
UQAM, pavillon J.-A. De Sève (DS) - DS-M320
Comment:
Since the beginning of the 19th century religious buildings and artefacts of the West have been involved in a continuous process of musealization. In the time-period subsequent to the Second World War, the general forces of secularisation increasingly turned religious buildings, most of them churches, into heritage and substantial parts of Christian practices into history. On a global scale (Western), conservation and heritage practices have been applied on tangible and intangible expressions of religion in a great variety of cultural contexts, sometimes in a narrow-minded authoritarian way. The fact that a large number of churches in Western Europe and North America are closing has created a situation where material religious heritage awaits some form of care, publicly or privately financed. The situation also accentuates problems connected to the relationship between pastoral needs and heritage values. In the long perspective, modern history has witnessed a “migration of the holy” from religion to the nation-state, including a nationalized cultural heritage. Today, one may argue that secular conservation values are increasingly invested in religious buildings and artefacts. The principle theme of this session concerns the link between the religious/pastoral values of churches and its historical/heritage values.
The fact that the Western world of today recognizes, politically defines and legally formalizes material religious heritage as a secular cultural heritage, more or less emancipated from its religious meaning and context, is a result of complex cultural and political processes.
• In what contexts have these processes of musealization been expressed?
• Which social interests and agents have promoted the changes?
• How does it affect religious practice and what are the material outcomes?
• What are the social and political consequences of what may be described as the churches’ gradual loss of religious sanctity and their re-sacralization as national heritage, historical testimony, aesthetic monuments and symbols of local community and identity?
The exploration of the interaction of different value spheres in church maintenance relate to a number of research fields, such as museum and cultural heritage studies, including both the intertwining of religion and material culture and cases of heritage conservation practice, secularization theory, which is now strongly affected by the debate on the validity of classical secularization thesis of Weber, Durkheim and Parsons, memory and identity studies and the broad research field tied to the concept of intangible heritage, and research on the history and theory of professions within the heritage conservation field in which church renovation and restoration ideology have always played a crucial role. Most obviously the tension between pastoral and historical value poses a burning theological problem concerning the meaning and function of late modern religious practices.
Theoretical reflections related to ACHS could, among others, include the relationship between conservation/history and religious practices; heritage and religion as different forms of memory practices producing sacredness; the migration of holiness from religion to heritage and the nation; dissonances between religious and secular claims on heritage and religious heritage sites interpreted on different geographical scales. 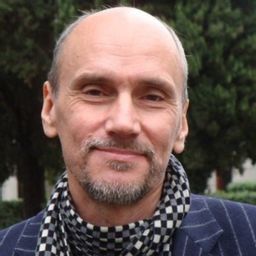