The countries of East Asia have been particularly involved in the constitution of the international tool for governing intangible cultural heritage. Once the Convention was ratified, a great number of applications from China, Korea, and Japan arrived at UNESCO. By the end of 2015, 25% of registered elements and 30% of pending files originated from these three countries. Obvious at the national and local levels, this craze resonates clearly from stakes related to specific contexts but it especially reveals the boomerang effect induced by the introduction, on the ground, of renewed concepts and legislations that have changed the deal, exacerbating opportunities, stimulating social actors’ interests, and transforming categories and conceptions.

In order to reflect on impacts on the manners in which people do, think and tell heritage in East Asia, this paper will examine two dimensions, beginning with “high culture.” Indeed, enhanced with a significant written history but poor in monumental structures that can be visited, China, Korea, and Japan have greatly invested in the 2003 UNESCO convention to promote their “civilizational culture.” Japan and Korea were at the source of two forerunner programs of the convention: Living Human Treasures and Masterpieces of Humanity. Notions of “excellence” and “outstanding value,” viscerally associated to these programs, were gradually withdrawn to favour “representativity” and “identity factors.” High culture no longer represents the political line of the UNESCO, yet, in China, Korea, and Japan it is still valued, as much in application forms as in national legislations and local actions. Through concrete examples, we will examine mechanisms of these conceptual ambiguities and the management, on the ground and face with UNESCO, of these choices assumed by national legislators.

Secondly, we will consider the notion of “authenticity” in these countries—this notion being understood here in the broad sense of practices, practitioners, and objects considered by different actors as “legitimate” or “true.” Conflicts raised by the hybridization of national and international practices are numerous, such as the controversies in South Korea on the recent registration of the kimchi condiment, increased by the North Korean application regarding the same element. Also, new debates are surrounding modalities of protection of heritage sites, such as the ones related to copies and relocations, exacerbating passions in China upstream of the Three Gorges Dam. Among practitioners, the conception of authenticity is also at the heart of many issues. For instance, this Japanese potter confronted with an “impostor complex” and a dilemma of personal legitimacy after being appointed Living Human Treasure by the authorities, despite feeling himself as a precursor and pioneer against tradition. In China, authenticity issues linked to heritage can be identified through the selection of valued cultural practices but they also appear in debates on the role of Nature in the heritage-creating process. For instance, Wanzhou bureau of Culture rejects as not legitimate the request of a local association to patrimonialize the artistic tradition of selection and arrangement of stones polished by the Yangtze River waters (奇石).

Especially active on the international scene of intangible cultural heritage, China, Korea, and Japan are also the countries with the most ambiguities and contradictions regarding the appropriation of the UNESCO ICH convention. Field investigation examples allow us to question boomerang effects and the contemporaneous plasticity of concepts involved in deep reshaping processes. Local debates on “good safeguarding practices” and on what is considered or not as “heritage,” are indicative of current dynamics within communities confronted to heritage injunctions. They also reveal ongoing subjectivities in these East Asian countries, demonstrating social structures in rapid transformation. 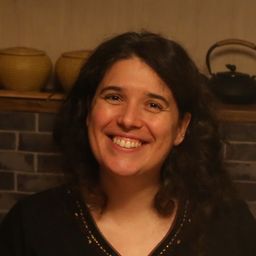