15.30  The Sea Ranch as Social Experiment: From Driftwood City to Design Covenants

The apocryphal story of architect-developer Al Boecke flying over Sonoma County in 1962 to spot the site for a new community development marks the beginning of the carefully cultivated story of the Sea Ranch project in Northern California as a retreat from the modern city and as a social experiment in alternative living. Sea Ranch inhabitants consider themselves pioneer settlers, treading lightly in an effort to preserve the untouched sanctity of the landscape. The architectural response is presented as a natural extension of the topography, with its residents living off the land in an organic and pastoral manner. In reality, the architectural and social conditions were not only complex but also constructed, with its original philosophical ideals of low impact and communal living slowly replaced by large-scale modifications and design restrictions. Through a series of on-going design restrictions and covenants, the natural and organic processes of landscape, architecture, and community were ossified into preserved artifacts.

The collective aspirations of the Sea Ranch were paralleled in dancer Anna Halprin’s (wife of Sea Ranch’s landscape architect Lawrence Halprin) workshop dance sessions at Sea Ranch, entitled Driftwood City, incorporating found elements from the landscape into temporary constructions built and dismantled over the course of their performances. The driftwood logs used for Anna Halprin’s site performances mimicked the weather-beaten facades of the buildings. While the original architects envisioned a development that reflected the organic, animate nature of its surroundings, the 1968 master plan proposed a grander vision of a privatized complex comprised of weekend homes among ten miles of prime California real estate. With the passage of the California Coastal Zone Conservation Act in 1972 and the Coastal Act in 1976, the development of the Sea Ranch fundamentally changed from the minimal nomadism proposed by contemporary authors such as Stewart Brand (The Whole Earth Catalog) and E.F. Schumacher (Small is Beautiful), transforming into a closed-off and insular private retreat protected not so much by physical barriers as economic ones. Because of subsequent agreements made between the governmental agencies and the Sea Ranch association, public access to the beach was increased, and the acreage and number of homes decreased. Ironically, the smaller number of available lots caused the size and price of new homes to rise, and Sea Ranch moved away from an image of retreat for alternative living nomads to one of a vacation home neighbourhood for wealthy business executives.

In a move to further preserve the image of an eco-community, the original idealistic tenets proposed by the architects and planners of Sea Ranch became codified into an official manual of Covenants, Conditions and Restrictions developed by the Sea Ranch Design Committee. As with most instances of heritage, rather than understanding the underlying motivations of the development at hand, in this instance an eco-community, the appearance of the development was elevated and privileged: the Design Committee restricts and directs massing, footprints, heights, materials, colours, and uses for both the architecture and the commons areas. While such regulations prevent the area from being overrun by generic suburban construction, they concurrently promote a kind of artificial and frozen environment, unable to move beyond its legacy by propping up an image of the Sea Ranch as an open landscape that in reality is defined by restriction.

This paper will explore some of the major aspects of the Sea Ranch’s evolution through interviews with some of the original residents, as well as the Design Committee, homeowner review boards, and architects. We will examine the social and community aspects behind the rules governing the design of the natural and built landscapes, and understand the underlying social assumptions guiding the development of this community. 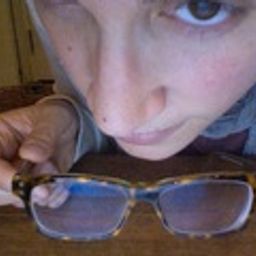