10.00  Responsible Heritage Site Management—Different Perspectives over a Century: The Case of Luxor, Egypt

In 1881, the clearance of accumulated mud that buried the ruins of Luxor Temple during many centuries was begun. A few years later, formal foreign commissions for the excavation and studies of the new archaeological sites in Karnak and Luxor Temples were initiated. That was the time when a great change to the nature of the village surrounding both temples occurred; British tourists started to visit the newly unearthed “legacy of Pharaohs” in large numbers. During the continued clearance and excavation works, the mud houses built on the ruins of Luxor Temple were demolished and, at the same time, in 1886, Thomas Cook and Son inaugurated a new line of Nile steamers from Cairo to Aswan. In order to make the newly created town suitable for the European tourist, Thomas Cook and Son established public services and began urban renewal projects, which, together, helped to restore and create new touristic amenities. Since then, the city of Luxor has faced social and economic changes and has depended on tourism for its economic prosperity and public services, and has also relied on the excavation missions to take care of the preservation of the archaeological sites and monuments.

This paper aims to enhance critical awareness about the development of heritage site management, especially in archaeological sites in Egypt, and how responsible they are (or should be) as regards the local communities, their identity, and also touristic practices. It reviews briefly the history of the archaeological excavations in Luxor, Upper Egypt, which is a part of the UNESCO World Heritage Site, and then links them to the growth of tourism activities and social changes through time. The earliest legislations and official decisions that were established to define and protect the heritage site are included in the discussion through the use of archival documents. Different key intervention projects will be criticized through to the present day for the sake of development and upgrading, with special regard to the latest so-called “Comprehensive Development Plan of Luxor City,” which has revealed six main investment projects that seek to turn the city into an open-air museum. The latter represents an important on-going case study with respect to the management of a recognized heritage site in Egypt.

Following this, the influence of heritage on the living city will be discussed. The methodology used here is heritage impact assessment. These analyses are conducted in order to point out how the local community and tourists have been monitored and involved both institutionally and narratively. With reflections on the analytical study of management systems and heritage influence on the site, the findings will be presented; these consist of a set of recommendations for local and national authorities in Egypt to develop plans to safeguard the city’s living history, provide means to boost the local communities’ sense of belonging, and re-configure the tourist’s experience and appreciation.

These findings open the way for the improvement of the heritage impact assessment tool by enhancing mitigation strategies for tourism-related factors, and help to re-identify the variables in archaeological sites; in this way the paper contributes significantly to critical heritage studies. The paper also embodies the objective of developing notions of responsibility in improving local community identity and in raising visitor awareness of archaeological sites. 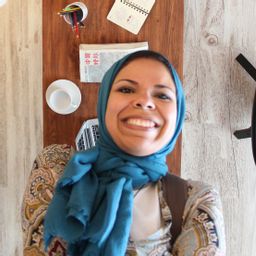