Preservation and transformation of historic waterways: a challenge (III). A tour of the Soulanges Canal

The Soulanges Canal was designed by the engineer Thomas Monro (1831-1903). Of Irish origin but trained in civil engineering by apprenticeship in Canada, Monro submitted the project for the new canal in 1891, after several years of preparation. Monro had been appointed chief engineer of the project in 1888, after having directed the reconstruction of the Welland Canal (Ont.) since 1872.

In preparation for the construction of the Soulanges Canal, Thomas Monro visited the Manchester Ship Canal in 1891 and returned with new ideas. For Soulanges, he advocated the use of concrete as the main construction material, the deployment of savings basins, the adoption of the famous Stoney sluices and, above all, the electrification of the canal to operate the lock gates, open and close the feeder gates and provide night lighting. To this end, Monro convinced the government of the need to build a small power station on the canal. For this purpose he hired Alva Cecil Rice (1844-1920), an American hydraulic engineer and inventor of the famous "Victor" turbines, and the architect Louis-Auguste Amos (1869-1948). As a generator hall, the latter designed an emblematic castle-style building. A place of innovation acclaimed in North America, the Soulanges Canal allows for a reduced travel time (14 miles/19 km long, a difference in level of 82 1¡2 feet assumed by 4 locks, in less than 3 hours); the structure can also be used 24 hours a day during the navigation season.

After its closure, the Soulanges Canal was ceded to the Quebec government (Ministry of Transport) who planned to build Highway 20 on its right-of-way. Since this project was abandoned in the 1970s, several projects have been put forward to develop the canal. Today, on behalf of the Vaudreuil-Soulanges Municipality, the Société du Parc du Canal-de-Soulanges is undertaking a vast project to enhance the site. A national landscape architecture competition has led to the development of a strategic development plan that will be implemented over several years.

1. The tour of the canal will begin at Lock No. 5 (lock and guard gate at the western entrance to Les Coteaux (Coteau Landing) on Lake St. Francis.

3. The old hydroelectric power station at Les Cèdres (the "Little Power" of the Soulanges Canal) is the third stop (outdoor visit, site under construction)

5. Stop at Lock No. 3, in the centre of the village of Pointe-des-Cascades. The Anchor Park with a Stoney gate

The tour will be conducted by Prof. Luc Noppen in English and in French 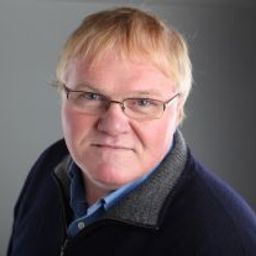