Thèmes:
Heritage Changes the Local SocietiesIntangible HeritageArtsArchitecture and Urbanism
Quoi:
Regular session
Quand:
15:30, mardi 7 juin 2016 (1 heure 30 minutes)
Où:
Concordia, John Molson School of Business Building (MB) - MB 3.265
Comment:
The 1970s witnessed a flourishing of living experiments in space, place and community sharing broad ambitions to bring about transformed human social and interpersonal conditions, to re-envision relationships between people and the environment and ecology of their habitats, and to reject a growing mainstream vision of people as passive consumers in favour of a role as creative and adventurous agents of their own destinies. While some expressions of these experiments were non-spatial or intended as temporary events, a significant number were manifest as buildings and communities. Spatial settings include places that can be loosely described as back to the land settlements (e.g. Drop City in Colorado), urban squatter sites and districts (Christiania in Denmark), intentional experimental communities (Centre for Environmental Technology, Wales), incremental community change clinics (Farallones Institute, California), and experimental and demonstration sites (Ark for Prince Edward Island, Canada; Granada TV House for the Future, UK).  These projects arose in milieux ranging from the outer fringes of the counterculture, through the Alternative Technology Movement, to government research institutes and commercial television network, and their intentions ranged from inwardly-oriented efforts at personal or small group enlightenment, through living experiments intended to demonstrate viability of alternative approaches, to public demonstrations seeking to transform societal expectations and norms. All share a critical spirit of “liberal anti-modernism,” defined by Ian McKay (1994) as  “an intensely individualistic thirst for an existence released from the iron cage of modernity into a world re-enchanted by history, nature and the mysterious.”
Some of these experiments remain in operation today (often in a transformed state), but many were transitory, and now abandoned. These sites offer potent challenges in the documentation, conservation and representation of cultural heritage, tangible and intangible. Heritage elements include the sites themselves, and the remnants of buildings, devices and equipment. Other artefacts and primary documents may remain on site, or may have been removed to official and informal archives. Important evidence is also available in the form of contemporary media coverage, self-publications and other public accounts. Because of the transient nature of these sites, important ephemeral heritage dimensions include personal journals, letters, photographs and films, along with oral history and lore. The conscious social experimentation means that the practices of governance, decision-making and daily life are often as significant as the artefacts and documents in the heritage value and legacy. These intangible cultural heritage dimensions extend to the vision, ethics and politics that informed and challenged the communities, along with the variations, inversions and refinements of their cultural practices over time. Many of these sites also have a body of local or international received tradition and myth—people know “of” these places, but know little for certain “about” these places. Often this received tradition is rooted in significant events or celebrations at the sites, or moments of interaction between the eco-social experimenters and the neighbouring communities; the events themselves, and the cultural memories associated with them, are another important heritage element.
For the present day, these sites offer important lessons worth retrieving and considering; lessons that might inform our efforts to move toward a sustainable future. This session invites presentations of case studies, theoretical considerations, and artistic and community projects that witness, document, assess, or carry forward the spirit and cultural heritage of such sites of eco-social experimentation. Presentations might address the challenge of documenting and representing the complex of tangible and intangible elements making up the legacy of such sites; track the life of these communities over time; explore the effects of the fluidity of both communities and their physical settings; recount the shifting outside perceptions of these eco-social experiments; or assess the rippling after-effects of these experiments on the world outside the closed community. 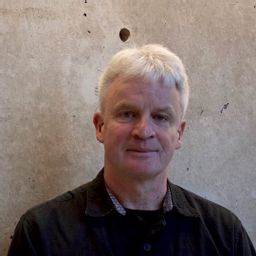